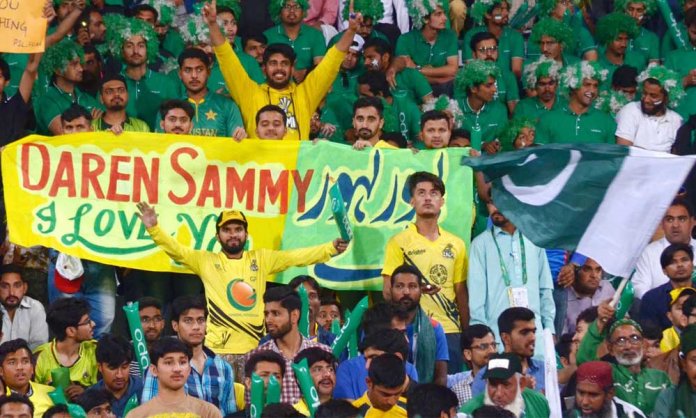 Update: Pakistan Cricket Board Chairman Ehsan Mani has announced that Pakistan will witness the PSL 4 matches as per schedule however, all 8 matches will be hosted by Karachi.

Due to the current political tensions with India, all matches will be played in Karachi.

Pakistan Cricket Board Chairman Ehsan Mani has debunked all rumors claiming that Pakistan Super League (PSL) 4 will not take place in Pakistan.

During a press conference, Mani clarified that these speculations have no head or feet and are mere rumors. He further said that Karachi and Lahore will host all 8 matches as per schedule.

This is our unanimous decision that matches will be held according to the plan, in Pakistan.

I’m thankful to all the franchise owners and other stakeholders who supported our decision.

Mani during the conversation also confirmed that all of the foreign players who had agreed to come and play in Pakistan are still willing to give it their best in the field.

We are confident of our ability to manage things smoothly.

We are excited and looking forward to playing in front of our home crowd in Lahore.

Owners and representatives of the other franchises were also present during the press conference and showed their backing to the decision that the show must go on.