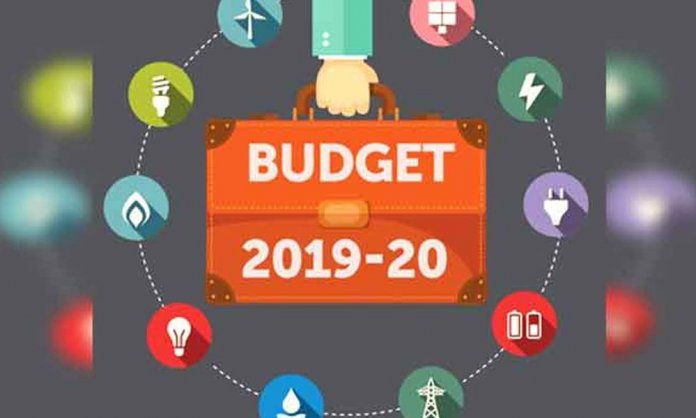 The budget bill for the new fiscal year of Pakistan was approved by the National Assembly and signed yesterday by President Arif Alvi despite strong blockage attempts from the opposition parties.

The Pakistan Tehreek-e-Insaf government has finally rolled out its first budget for the fiscal year 2019-20 last night, which is of 7,022 billion rupees.

The budget was presented in the National Assembly by Hammad Azhar, State Minister for Revenues.

Azhar stated that total federal revenues have been estimated at Rs 6.717 trillion which shows a 19% growth than the previous year’s revenues of Rs 5.661 trillion.

Brandsynario did a Twitter poll and the results reveal that the majority is unhappy with the budget.

Morning, Pakistanis! Do yo think the new #Budget2019 is really a 'People Friendly Budget'?

Following are the key features of the budget 2019-20 and the public’s reactions to them.

The minimum wage has been increased to 17500 rupees to help downtrodden of the society. #Budget2019 pic.twitter.com/bV1vpUfnvo

Ministers have agreed for 10% cut in salaries. Salaries of civilian employees from grade 1-16 have been increased by 10%. However, salaries for Cabinet members have been cut by 10%.

Pensions for retired employees increased by 10%, and the minimum wage has been set at Rs17,500.

People do not seem too pleased with it, as they think the salaried class might suffer the most because of taxes.

After the budget day ! Every one in office counting and discussing expenditures which will face by the middle class.

Budget will disturb the life style of hand-to-mouth peoples .
.#Budget2019#بجٹ_آئی_ایم_ایف_کا

Sales tax on sugar has been increased from 8% up to 17% alongside cooking oil, ghee, and drinks with sugar. The same goes for semi-processed and cooked chicken, mutton and fish products.

10 percent identical tax on milk, cream, and powdered milk will be imposed. FED on an upper slab of cigarettes has been increased from Rs4500 to Rs5200 per 1000 sticks.

The government believes that the rise in tax on cigarettes will help discourage the habit of smoking.

For the public health and financial perspectives, the increase in tax on tobacco will have a significant effect in reducing cigarette consumption; it will also generate additional tax revenues.#Budget2019 pic.twitter.com/N1uAZk8SoI

Rs100 billion for soft loans under Kamyab Jawan Program have been allocated. 80,000 deserving people will be provided interest-free loans every month.

An amount of over Rs28,646 million has been allocated to the Higher Education Commission for ongoing and new schemes.

One way to understand the civil-military issues during the @pmln_org govt. is to follow the money. From 2013-16, Dar was disbursing less than what was budgeted for military spending. Since then, more money has been disbursed than was budgeted. https://t.co/ewvyaz9Qrs pic.twitter.com/7Tmtksanza

Withdrawal of 3% Value Addition Tax on Petroleum Products and Mobile Phones will be applied. This measure would also ensure rationalization of tax on import of mobiles, stated Azhar.

Minister of State for Revenue, Hammad Azhar says the government has proposed mega-development schemes for far-flung areas of erstwhile #FATA and #Balochistan in the current budget. #Budget2019 pic.twitter.com/SuLOVwxWv5

Rs. 210 billion has been earmarked to implement various physical planning and housing initiatives, and Rs. 45.5 billion have been allocated for Karachi’s development programs.

The PSDP allocation for Climate Change Sector has been kept at Rs. 1102 million.

Rs. 63.5 billion have been allocated for special areas including merged districts of Khyber Pakhtunkhwa, Azad Jammu, and Kashmir and Gilgit-Baltistan.

A special allocation for Rs 75 billion will be provided for equitable Regional Development in order to accelerate the development of less developed areas and Rs. 22 billion are set aside for the 10-year development plan of merged districts.

Some people are of the opinion that equal attention should be given to the development of Karachi, the economic hub of the country.

While others think Agricultural development has been neglected.

Did u see that our Agriculture sector has halted to grow due to water shortage. Just in 2025 we will be one of the most water stressed countries in South Asia, yet we donot have any major water conservation projects or plans.#Budget2019 #PMIKAddress

The country is currently under a $ 97 billion debt. The budget has been made with the prime aim to convert non-filers into filers so that the government can steer Pakistan out of debt.

PM Khan made an appeal to the nation for the same in his special address on Monday, June 11th.

PTI government has declared that it will not receive any loans from State Bank of Pakistan to bridge the budget deficit. They are calling it the ‘People Friendly Budget’.

Moreover, government expenses will be cut from Rs460 billion to Rs. 437 billion. However, the public seems to hold mixed opinions about it.

Some, including Reham Khan, are mocking the budget.

While others believe it will truly help transform the country and are proud of it.

I used to admire you n follow you but from tday onwards i take you as RAHBER .. you are beyond being a leader or PM.. you are one who holds the LANTERN.. who holds your hand n show you the path.. so Proud pakistan zindabad 🇵🇰♥️@ImranKhanPTI #Budget2019 #PMIKAddress pic.twitter.com/HzMsrevUb8

Some are also of the opinion that the budget is not that bad, our expenses are, while some think our expenses will have to be cut down due to the budget.

In nut shell, #Budget2019 is about eat less, drink less, consume less, shop less, tour less, and so on.

Will it change your lifestyle in any way?

Let us know in the comments! Stay tuned to Brandsynario for more updates.