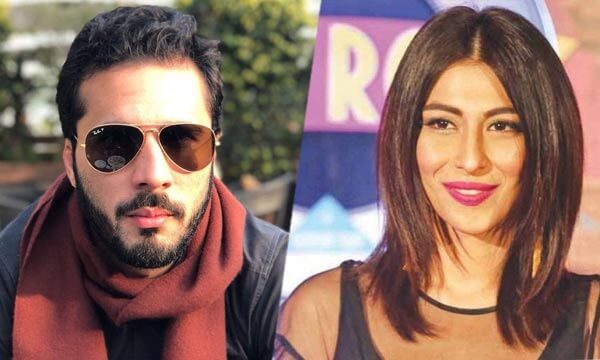 Something new comes up about the Meesha Shafi Ali Zafar controversy just when we think it has reached both its climax and end.

Last we heard, Meesha had broken silence over Ali Zafar’s allegations on her and her team running a smear campaign against him.

However, it seems that this time, Ali Zafar is not the only one of the opinion that Meesha has been misusing the #MeToo campaign. 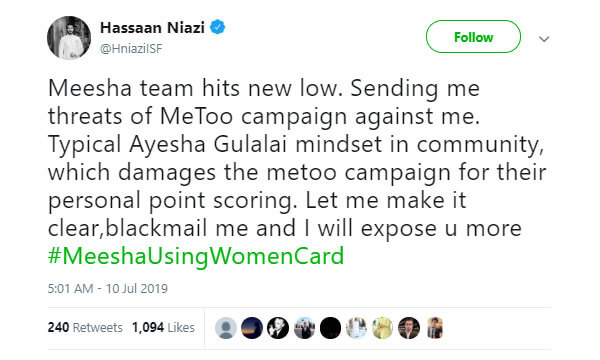 He seems to hold the same opinion for Ayesha Gulalai, a former PTI member who parted ways with Imran Khan’s party after accusing him of sexual harassment.

Not only that, Niazi started a whole campaign against Meesha with the hashtag #MeeshaUsingWomenCard and many on Twitter seem to be contributing to the hashtag. 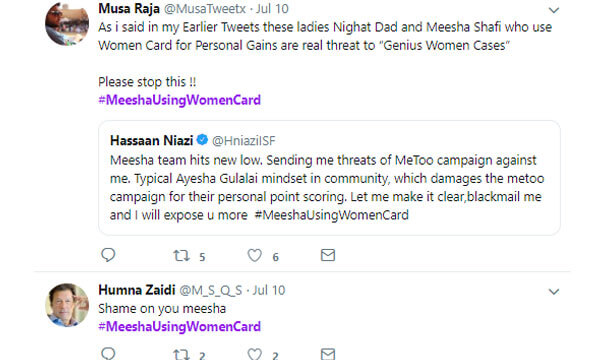 Here is what Adeel Raja, Creative Producer at ARY, had to say about this:

When Niazi realized that Meesha had blocked him on Twitter, he made sure to even discuss that on the platform:

Intolerant lady, never have I spoken a word against you. Didn’t become part of Ali zafar team even though I could. Just Bcz I questioned ur lawyer’s credibility you decided to block me. So disappointed even though I had hope in you. Good luck with the defamation case #metoo pic.twitter.com/oUk3qhQLq9

He ended his tweet with a seemingly sarcastic “Good luck with the defamation case”.

Do you think his allegations of Meesha Shafi’s team misusing the #MeToo campaign could be true?