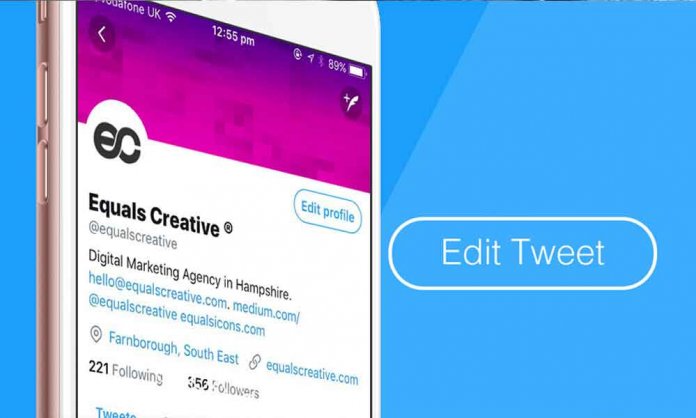 Twitter CEO Jack Dorsey announced that the company is strongly considering an edit button — but just to fix small typos.

Chronic typo makers everywhere were given a glimmer of hope this week when Twitter CEO Jack Dorsey publicly discussed the company’s progress on implementing an edit button in the decade-old platform.

Dorsey went on to explain that, given the nature of the platform, allowing unlimited editing could be dangerous for users: tweets could be modified to a meaning opposite of the original, leaving those who retweeted the idea digitally supporting or agreeing with something they don’t stand behind. In short, he doesn’t want to implement a feature that could “take anything away from the public record.”

Of course, fixing a typo or small mistake would not alter the sentiment of a tweet, and that’s just what the team is working on and “[have] been thinking a lot” about especially as users, including celebrities, push for the feature.

I had a very good convo with @jack this weekend at Kanye’s bday and I think he really heard me out on the edit button.

As of right now, there is still no official word on when an edit button will come to be; however, we do know that the company is working on a feature that allows for minor edits. As the Dorsey and the official Twitter account become more actively responsive towards these requests on and off the social media platform, the button may be coming soon.