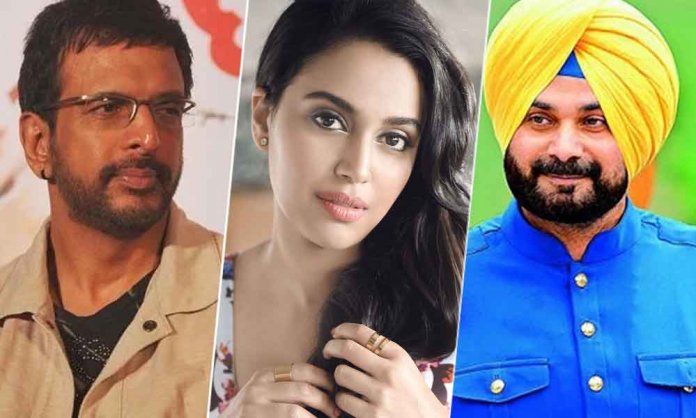 The terror attack in Pulwama, that killed as many as 40 soldiers, created an uproar on both sides of the border and has affected the relationship between India and Pakistan.

After the incident, India banned Pakistani actors and announced that the newly released movies will also not be released here.

Moreover, a number of celebrities like Kangana Ranaut, Javed Akhtar, and others held Pakistan responsible for the deadly attack and expressed their anger through their social media account.

However, there are also a few Indian celebrities who stood up against all the wrongs and spoke in support of Pakistan. Celebrities like Jaaved Jaaferi, Navjot Singh Sidhu and Kapil Sharma didn’t shy away shy away to express thoughts on the issue and supported Pakistan.

We all remember how Swara created an uproar by calling Pakistan ‘failing state’ after her film ‘Veere Di Wedding’ didn’t release in the nation.

The opinionated starlet now took to Twitter and lauded Pakistani youth for spreading the ‘message of condolence and peace’.

Thank you friends from #Pakistan for this message of condolence and peace. Laudable initiative by young Pakistanis. We hear you! 🙏🏿🙏🏿❤️❤️ #Pulwama pic.twitter.com/pJIZKI2c5O

The former cricketer-turned-politician Navjot Singh Sidhu expressed his views on the attack and said that terrorism has no religion and nation.

It (the terror attack) is a cowardly and dastardly act and I condemn it firmly. Violence is always condemnable and those who did it must be punished.

Can an entire nation be blamed for a handful of people?

He has later faced a major backlash from Indians and then was replaced in ‘The Kapil Sharma Show’.

Moreover, the host of the show, Kapil Sharma also received hatred on social media after he supported the statement of Navjot Sidhu Singh.

Jaish-e-Mohammed is not Pakistan.

It is so unfortunate to see that even celebrities are suppressed to express their thoughts and criticized to create peace between two countries.