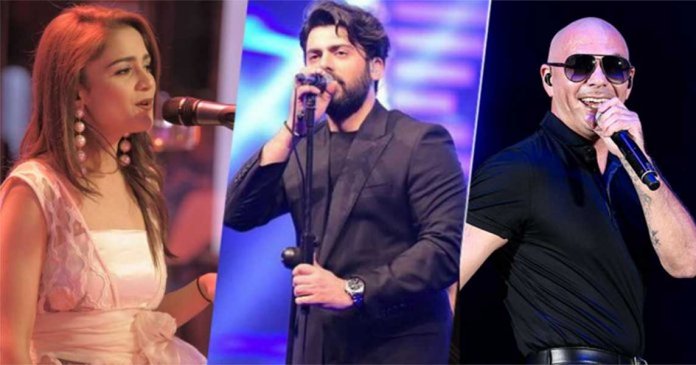 Update [9:37 pm]:  All PSL franchises have made their way to the ground as the ceremony continues with much jazba and junoon.

Update [9:22 pm]:  Junoon is ready to set the stage on fire with ‘Yaar Bina Dil Mera’ followed by ‘Heerey’ and ‘Yaaro Yehi Dosti Hai’ last but not the least ‘ Hai Jazba Junoon’.

Update [9:18 pm]: Aima Baig takes over with ‘Disco Dewane’ as a tribute to Nazia Hassan along with Shuka Haider.

Update [9:15 pm]: Boney M takes the stage with a spectacular performance on ‘Daddy Cool’ followed by other classics.

Update [9:05 pm]: PSL Opening Ceremony 2019 has begun. The stage is set and all eyes are now on the screens as Ramiz Raja kicks off the night with a heart-touching message for all PSL 4 fans along with President and CEO HBL Pakistan Mr Muhammed Aurangzeb.

Pakistan Super League (PSL 4) is here! To celebrate the country’s biggest cricket league a special opening ceremony is to be held where some of the top local and international talents will be performing.

Here’s everything you need to know about the PSL Opening Ceremony 2019:

*Note: This is a developing story, all new highlights and updates will be added to the top of the article as the ceremony goes on.

The ceremony will take place at the Dubai International Cricket Stadium.

Performers Junoon, Boney M, Aima Baig, Shuja Haider, Fawad Khan, and Young Desi will entertain the audience at the ceremony which will start at 8 pm tonight.

The performers expressed their excitement at the opportunity of performing at the opening ceremony of Pakistan’s biggest sporting brand the HBL PSL while talking to the media.

The artist took it to his Twitter account to apologize to HBL PSL fans and his follower. In a video message, he explained how the aircraft he was to travel in was not ready for a long journey to Dubai.

He furthermore added that he was looking forward tot he ceremony and would love it be a part of the league next year or sometime soon.

Unfortunately, what has happened was since it was such a long flight, the pilots took the plane for a test flight, and when they landed pieces of the engine came apart.

Between the Pakistan cricket board, we tried our best to get over to dubai, so i want to say i’m sorry, i apologize, deeply apologize for that.

I LOOK FORWARD TO SEEING YOU GUYS, AND THANK YOU FOR ALWAYS FOR THE LOVE AND SUPPORT, I APPRECIATE IT.

Apologies to @Thepslt20 and Dubai pic.twitter.com/CtYn11w1wT

We hope to see the superstar as a part of the HBL PSL family very soon.

#KhelDeewanoKa PSL 4 official anthem Voiced by the heart-throb Fawad Khan and written by the talented Shuja Haider. The duo will perform the anthem during the live ceremony.

The song is catchy, fun, funky, lively, and everything we were expecting it to be. Fawad never fails to win the hearts of hundreds of thousands of his fans all across the globe.

A series of exciting acts including a grand fireworks display will take place at the end of the ceremony. The six participating teams, franchise owners and management will also assemble at the DIS outfield.

PSL 4 Trophy 2019: The Star-Studded Unveiling is Breaking the Internet!

Here are some options for people who want to watch PSL Live online free.

Cricket lovers by tunning to below mentioned TV Channels can watch Live Streaming of all PSL 2019 matches without spending money. Check below the list of TV Channels broadcasts Pakistan Super League Live and find which TV channel telecasts PSL in your country.

This is what these franchises will be playing for! 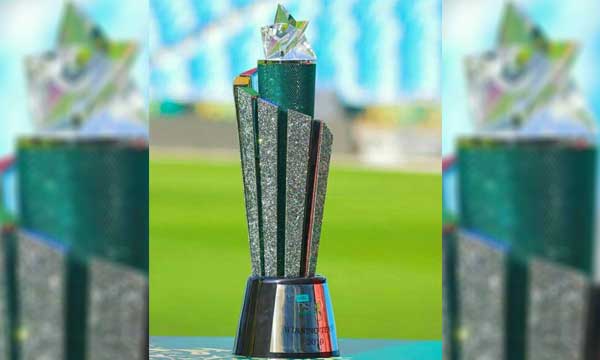