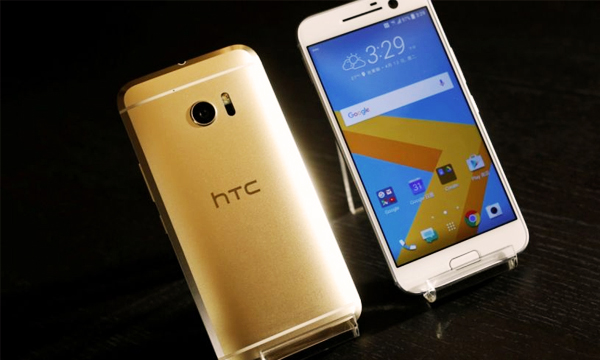 A combination of high-spec internal components, intelligent features, and a truly premium metallic shell could make HTC’s latest handset a true challenger to the Samsung Galaxy S7 and help the company find its feet again.

Unveiled at a special event in New York on Tuesday, the HTC 10 ticks every box when it comes to processors, screen resolution and the imaging capabilities consumers now expect from an Android flagship. So there’s a Snapdragon 820 chip and 4GB of RAM making everything happen, up to 64GB of internal storage (plus up to 2TB more via microSD slot), a glorious quad HD 5.2-inch display and a 12 ultrapixel rear-facing camera complete with laser autofocus. It will also automatically upscale compressed audio to 24-bit high-definition sound.

But it’s how the tech has been packaged that will make the handset stand out. The premium metal construction has been shaped and curved so that it literally follows the shape of the average person’s hand.

HTC One A9: The Android-Powered, Less Pricey iPhone

The icing on the cake is the lack of bloatware and annoying imposed apps and features. HTC has scaled back pre-loaded apps to what it describes as simply the best it and Google have to offer. What’s more, how those apps are presented on the screen is completely down to the owner, who can drag and drop them wherever he or she sees fit.

The HTC 10 will go on sale directly from the company or via network carriers from May. An unlocked handset, direct from HTC will cost from $699.