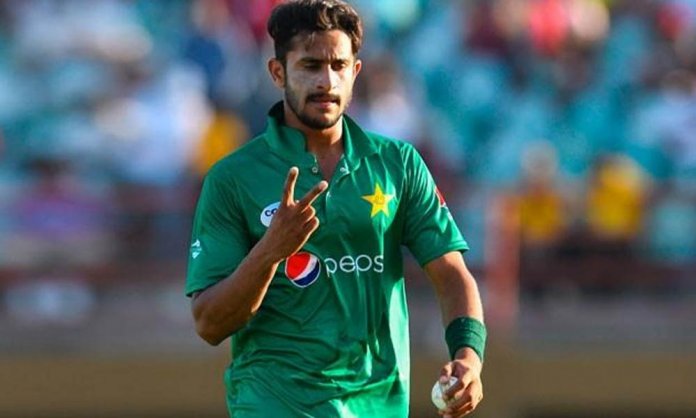 Update, July 31st, 2019: After news of Hassan Ali preparing to tie the knot with Shamia Arzoo, an Indian spreading like wildfire in a forest, the bowler has finally taken it to his Twitter account to break silence on the matter.

Here is what he said:

just wanna clarify my wedding is not confirmed yet, our families have yet to meet and decide upon it. will make a public announcement very soon in sha allah. #gettingreadyforfamilymeetup

Therefore, relax! His wedding with Shamia Arzoo is NOT confirmed.

We await word from Hassan himself on confirmed details on the matter.

Hasan Ali has been a significant bowler in Team Green’s success with 13 wickets in five matches of the Champions Trophy 2017.

Pakistani pacer Hasan Ali is set to tie the knot with an Indian girl Shamia Arzoo on August 20. Shamia belongs to Haryana and is currently working with Emirates Airlines.

Shamia’s father, Liaquat Ali has said that ten family members will leave for UAE on 17 August for the auspicious occasion, the venue for which will be Atlantis Palm Hotel, Dubai.

“We are the present”: Mahira Khan Responds to Firdous Jamal with Indirect, Handwritten Note

Belonging to Mewat district of Haryana, Shamia has a B.Tech (Aeronautical) degree from Manav Rachna University and is currently employed as a flight engineer in Emirates.

Shamiya Bhabhi to-be:💕🏏 HASAN ALI confirms he's getting married to an Indian girl Shamiya Arzoo from Hariyana. Shamiya is a working lady, currently living in UAE & works in Emirates Airlines. Both th families are in convo to finalize marriage. Nikkah ceremony on 20Aug.

Social media is rejoicing at the news and it is great to see the two nations embracing this news with positivity.

We wish the couple all the best and look forward to the multi-cultural event!