Home Entertainment Celebrities “We are the present”: Mahira Khan Responds to Firdous Jamal with Indirect,...
Advertisement 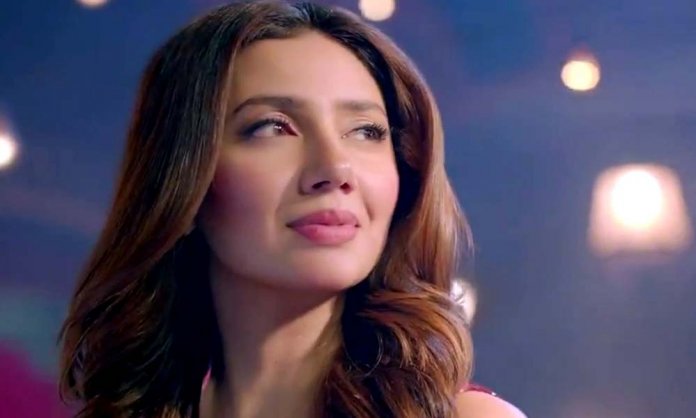 Last Weekend, the veteran Pakistani actor Firdous Jamal created an uproar on social media after he made some derogatory remarks against the 34-year-old ‘Raees’ actress Mahira Khan.

The actor appeared in Faysal Qureshi’s morning show in which he said:

MAHIRA IS OVERAGED AND ACTRESSES OF HER AGE USUALLY PLAY THE ROLE OF MOTHERS AND NOT THE MAIN HEROINE.

SORRY TO SAY, SHE HAS NO SKILLS OF BEING A HEROINE, SHE IS JUST A MEDIOCRE LEVEL MODEL.

Soon after the video went viral on social media, a number of Pakistani celebrities stood up in support of Mahira Khan and schooled the veteran actor for stating such blunt remarks.

However, the gorgeous diva Mahira Khan also responded to his controversial remarks in a cryptic post and now we are falling in love with her all over again.

A number of celebrities like Bilal Ashraf, Ayesha Omer, Mira Sethi, and others also praised her for her note and sent their love to her.

Have a look at what they commented: 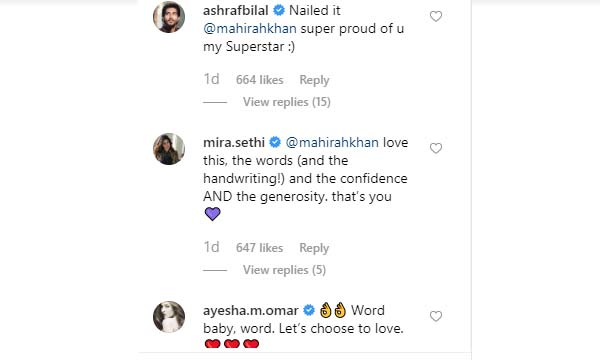 What are your thoughts about Mahira’s note? Let us know in the comments section below.