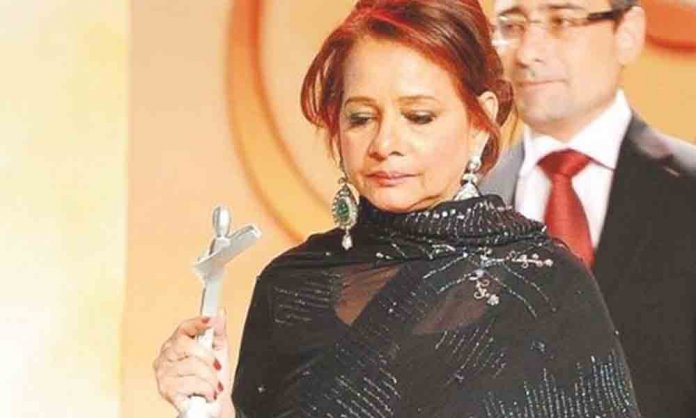 Veteran actress of Pakistan, Roohi Bano has passed away due to prolonged illness. The 67-year old actress was suffering from kidney failure and mental disorder.

Roohi Bano was the star actress of PTV in the 1970s and 1980s. Daughter of Ustad Allah Rakha, the Indian Tabla maestro, she was well-educated and also won the Presidential awards.

The tragic sudden death of her only son Ali under mysterious circumstances in 2005 severely affected her mental and physical health.

The actress was suffering from Schizophrenia according to her doctors and would visit Fountain House for treatment. She reportedly went missing in 2018 and later was found at her brother’s house in Lahore.

Roohi Bano served our entertainment industry for more than a decade. The whole nation is mourning her death as we have certainly lost a gem!

9 Pakistani Celebrity Deaths in 2016 That Shocked the Whole Nation!

The news was first published on Very Filmi.