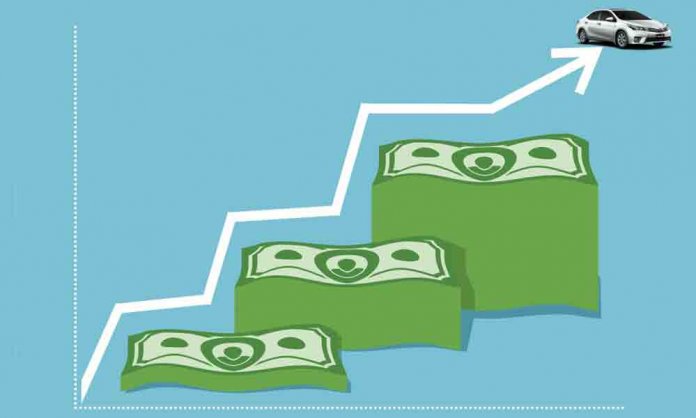 Indus Motors Company, aka Toyota Pakistan, has announced revised prices for vehicles due to the devaluation of the Rupee against the Dollar.

This decision was taken after assessing the strength of the currency and was announced on Tuesday.

Previously, the company had halted their bookings, stating that until an action is not carried out, bookings will no longer be taken.

Now, IMC has decided to increase their price, the company will resume all booking from 17th October.

For those customers who have already paid full payment for orders of Oct-Nov, they will their cars at the same price and the company will take care of the added cost.

However, for those customers who have made partial payments for Oct-Dec, they will have to pay an additional 50% to the added cost.

The statement released by Toyota reads:

“The recent depreciation in Pak Rupee’s value against the dollar has resulted in substantial cost increase on account of C&F, Government Duties & Taxes, imported components and raw materials for local parts. It is extremely difficult for IMC to hold the current retail selling prices and therefore we are compelled to pass on a part of this exchange impact to the market.”

Unfortunately, a concern has stirred amongst consumers as the constant increase in the price of vehicles making it a bit troubling for low-to-middle class families to afford these cars.

What are your thoughts and concerns about the increasing value? Share them with us in the comments below.