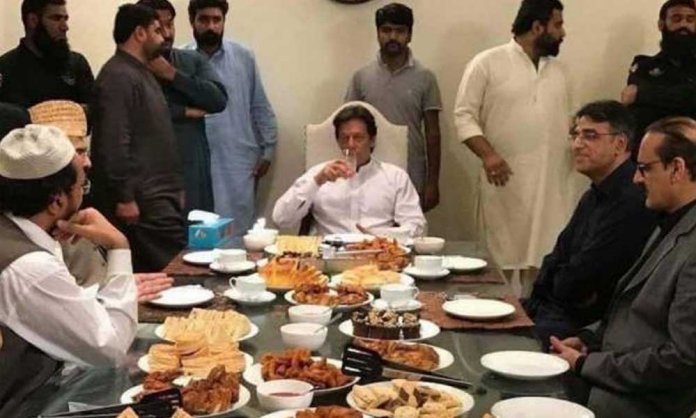 The government is inviting Pakistanis to have dinner with the Prime Minister – Imran Khan! Reportedly, 50 of the nation’s top taxpayers from 2018 will get the chance to dine with the PM.

Federal Bureau of Revenue (FBR) has compiled a list of names for the individuals. The dinner is to be hosted by the finance ministry and the list includes individual taxpayers as well as taxpaying companies.

The list includes top names like OGDCL, PPL, PSO and large banks like HBL, MCB, UBL, National Bank, Silk Bank as well as cellular phone and telecom firms. CEOs or representatives of these firms will attend the dinner.

According to the ministry of finance, the purpose of the dinner is to encourage taxpayers and non-payers as well to do their part and contribute towards the country. The premier after taking oath had announced that he would hold a dinner with the country’s top 50 taxpayers every year.

Asides these taxpayers, the dinner will be attended by some of the top government officials and several ministers, including: