Home Sports Top Pakistani Cricketers on Social Media: What Are They Up To!
Advertisement 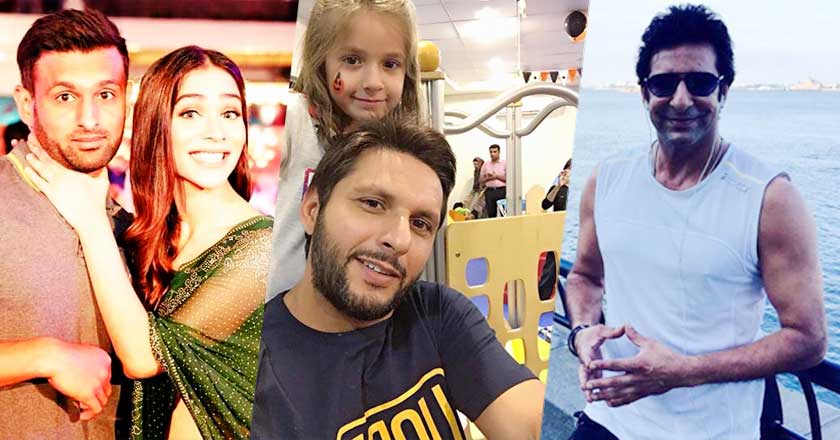 From the Selfie taken on the revealing of new kits to the viral bromance image of Ahmed Shahzad and Shahid Afridi on social media, the Pakistani cricketer’s presence on social media is increasing day by day. By looking at the content, most accounts look to be managed personally (not run by a marketing manager/agent).

Let’s take a look at the top Pakistani cricketers on Social Media:

The Faisalabadi guy, famous for his doosra effect to knock down the opponents has the highest number of fans on Facebook. His content is mostly about being a true sportsman, sharing about Pakistani cricketers and their achievement or triumphs. Well, that’s not it, he shares his selfies too! He is the most active on social media. Let’s have a look!

The iconic star of Pakistan cricket team for the past 19 years, Shahid Afridi has a huge fan following on Facebook, Twitter and Instagram. Afridi has the highest fans/followers on the all social media platforms.

He mostly posts about his life, where he travels, what he is up to and most importantly about the Shahid Afridi Foundation.

Afridi’s Instagram is the most interesting. He shares events from his daily life. We can say that he just loves to travel and spend time with friends & family.

Congrats to all Zalmi Fans. ~management

Pakistani Cricketers Before They Were Famous

Ranked# 1 on Twitter and #3 on Facebook by Socialbakers.com for having the highest number of fans/followers as a sports star in Pakistan makes Wasim Akram one of the most famous sports stars in Pakistan.

He mostly reposts his Twitter feeds on Facebook and re shares his past cricket memories while the Instagram is filled with some amazing pictures of his wife and daughter, and some daily life images. Let’s have a look.

The ex-captain of Pakistan cricket team became the most happening celebrity and sports star after marrying Sania Mirza, which increased his fan following and PTAT (People Talking About This) on Social Media.

His tweets are mostly about cricket, traveling and supporting sports in Pakistan. Ranked#1 on Twitter and #4 on Facebook (Socialbakers.com) as a fastest-growing sports star profile in Pakistan, he is now more active on Facebook as the content is sponsored through paid marketing on his Facebook page.

Tonight with HSY with Ahmed….coming soon 😊

With the Kings of Karachi Kings 💪🏼 #KarachiJeetayGa

Whatever the results maybe at the #HBLPSL, Pakistan always wins 💪🏼

The young opener of Pakistan cricket team, who holds the record of scoring the first century in a T20 is a very active Twitter user. He is ranked#3 on Twitter by Socialbakers.com for having the highest number of fans.

In one of his tweets in January 2015, he announced that he does not have an official Facebook page, but will sure bring one for his fans. And in mid-2015, he launched his official account on Facebook and Instagram.

His tweets are behind the scene photos of Pakistani cricket team training and practicing as well as personal messages & thoughts to his fans. His Instagram account is filled with stunning selfies mostly with Shahid Afridi.

My special salute to our little brave APS martyrs!!

Now this is team Quetta for u !! It's nothing like winning no matter where u playing or 4 which team u playing pic.twitter.com/ZxfOxOtOA8