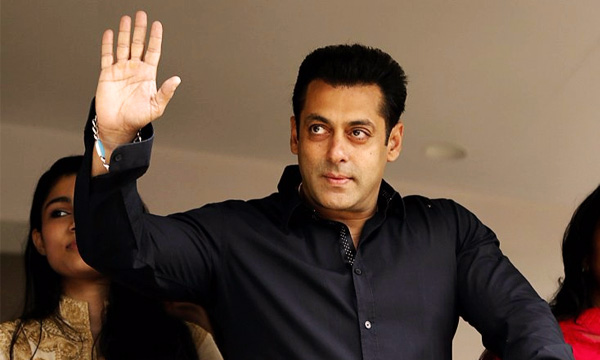 Bollywood superstar Salman Khan, who sparked uproar in India by saying his heavy training schedule for an upcoming film left him feeling “like a sexually assaulted woman”, said Thursday he needs to talk less to stay out of trouble.

Khan, who has played a bad boy with a heart of gold in dozens of Indian blockbusters, made the controversial comments in an interview to promote his latest Bollywood movie “Sultan”, which tells the story of an ageing wrestler trying to make a comeback. “When I used to walk out of the ring, after the shoot, I used to feel like a sexually assaulted woman. I couldn’t walk straight,” 50-year-old said in an interview with Indian news site Spotboye.com published on Monday.

India’s National Commission for Women demanded a public apology, calling the comments “reprehensible”, following an outcry on social media where the hashtag #InsensitiveSalman has been trending.

In the wake of the row all eyes were on Khan as he took the stage Thursday night in Madrid alongside a handful of other top Bollywood stars to promote the International Indian Film Academy awards which will be held over the weekend in the Spanish capital.

“I know it has been a long evening, I will make it short, quick,” he said, prompting a woman in the audience to yell out: “No! Long!”.

Khan then said: “I have to. Knowing me the shorter I keep it the better it is.”

The audience, made up largely of Indian journalists and entertainment industry workers, broke out into cheers and applause.

Khan is nominated for best actor in the International Indian Film Academy awards for his role in “Bajrangi Bhaijaan”, the biggest-grossing Bollywood film of 2015.

The movie, about a man who embarks on a journey to reunite a mute six-year-old Pakistani girl stuck in India with her parents in Pakistan, is expected to be one of the big winners at th 17th edition of the awards, which are held in a different city outside of India every year.

Last year Khan was cleared of killing a homeless man in a hit-and-run crash and he is battling allegations he used unlicensed arms to shoot antelopes in western India.