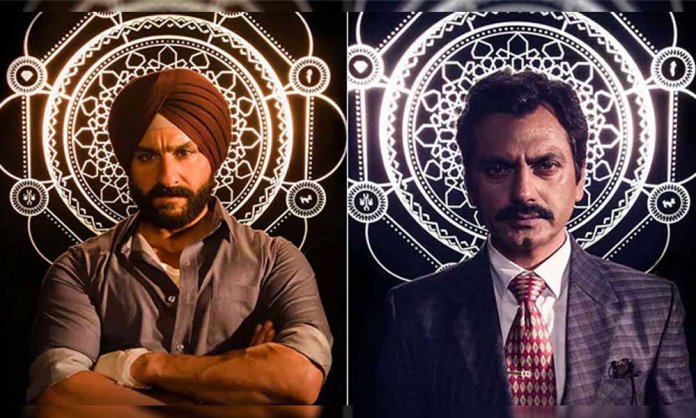 Sacred Games is an Indian web thriller series based on Vikram Chandra’s 2006 novel of the same name produced on Netflix.

Starring Saif Ali Khan and Nawazuddin Siddiqui, it was the first ever Netflix original series produced in India.

After keeping fans impatient for so long, the makers have finally released the highly-anticipated trailer of the second edition of their blockbuster series.

The first season left us all hanging with the city in danger and one of the key creators of this chaos, Ganesh Gaitonde (Nawazuddin Siddiqui) dead.

Sartaj Singh (Saif Ali Khan), a troubled police officer learns that Ganesh is dead at the end of the first season after a series of unusual events and is now on a mission to solve the mystery.

“The game’s bigger, the stakes are higher, and the players are ready. ‘Sacred Games 2’ premieres 15 August, only on Netflix,” the description on YouTube read.

Saif Ali Khan and Nawazuddin Siddiqui will reprise their roles as Sartaj Singh and Ganesh Gaitonde, while new characters played by Kalki Koechlin, Pankaj Tripathi and Ranvir Shorey also make an appearance in the trailer.

This season is bigger, more compelling, and totally unexpected. Be prepared to discover a different side to each character as we take the audience on a tremendous journey, and address questions left unanswered last season -show-runner Vikramaditya Motwane in a statement.

The Netflix original is set to release on August 15. Watch the trailer below: