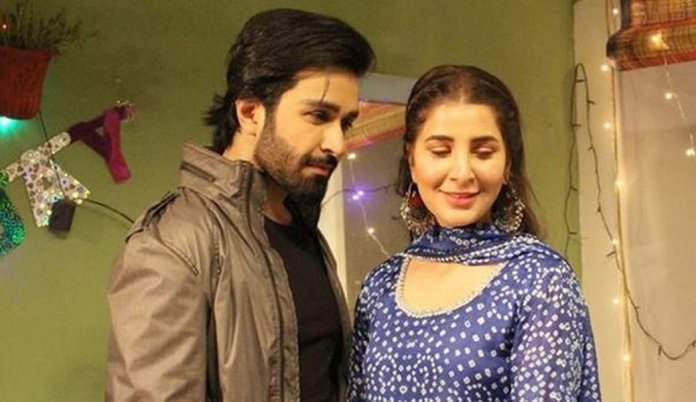 Qadam Qadam Ishq is an upcoming drama on A Plus Entertainment starring Azfar Rehman and Areeba Habib in the lead.

The drama is currently in its post-production phase and is expected to go air in January 2019.

Currently being applauded for his performance in Aatish, Azfar Rehman will be seen in a different role this time as Raheel, who is a psychopath with temperament issues.

QADAM QADAM ISHQ IS ALL SET  READY TO ONAIR AND AREEBAHABIB AND AZFAR REHMAN COUPLE TOGETHER FIRST TIME IN TV SERIAL DRAMA. . Azfar Rehman and Areeba Habib is all set to come together for a new drama serial “Qadam Qadam Ishq” and we are very excited to watch this duo. Areeba Habib, who made her debut in the latest drama serial “Koi Chand Rakh” and people loved her performance in it. . . . . . . . . . .#qadamqadamishq #dawn_iimages #vs #f4f ##follow4follower #areebahabib #azfarrehman #pakistandrama #entertainment @areebahabib @azfarrehman @emediabuzz

Areeba Habib is all geared up to appear in her second drama after the much popular Koi Chand Rakh and will be seen as Chand.

Chand is a simple and shy girl, raised by her brother and sister-in-law after her parent’s demise. Her life will take a turn when she will meet Raheel in university and his temperament issues will become the main hurdle in their relationship.

Zindagi: Mehwish Hayat’s First Song From Enaaya is Out!