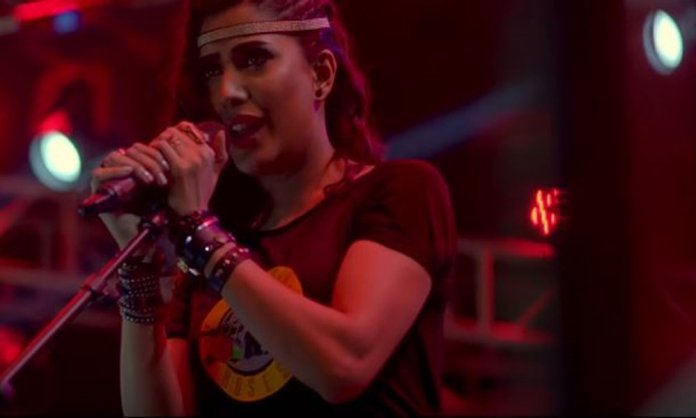 Yesterday, the trailer of the much-anticipated web series ‘Enaaya’ got out and it received an overwhelming response from the audience.

Starring Mehwish Hayat and Azfar Rehman, this Wajahat Rauf web series has now released its first song ‘Zindagi’ and it’s too good to become a part of our playlists already!

Sung by Mehwish Hayat herself, Zindagi is a song about the beautiful mess that life is!

Penned down by Adnan Dhool, the song has a perfect blend of music with the melodious vocals of Mehwish Hayat and you can’t help but play it over and over again!

The video features Mehwish Hayat, Azfar Rehman, Asad Siddiqui, and Waqar Ali Godhra, who are the members of the same music band. We all love Mehwish for her amazing acting skills and she has now left us in awe with her melodious voice.

What else we loved the most was the super cool rock star look which made us fall in love with Mehwish Hayat all over again. The starlet has flawlessly pulled off this emo kind of attire and we must say, it compliments her the most.

Penned and directed by Wajahat Rauf, this upcoming web-series is produced under the banner of Gateway Entertainment, collaborated with IMGC. Enaaya is all set to premiere on ‘Eros Now’ on January 21.