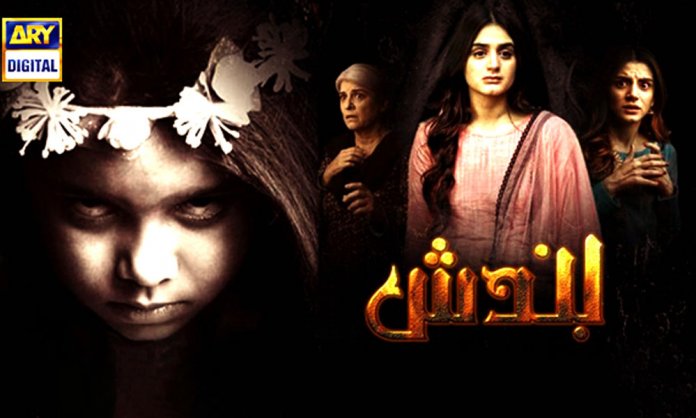 Bandish is an upcoming drama on ARY Digital that is expected to hit our screens very soon.

Produced under the banner of Big Bang Production, the teasers of Bandish are now out, revealing its thrilling story that revolves around black magic and how it ruins the lives of innocent people and families on the whole.

From the glimpse at its teasers, Bandish will follow the story of a family who is put under the curse of black magic that ruins their family.

Zubab Rana, one of the daughters of Marina Khan and Sajjid Hassan can be seen dressed up as a beautiful bride but something terrible will happen that will fade the happiness away on her wedding day!

Is this all just a coincidence or it’s the black magic that won’t let her live a happy life? To find out more, we can’t wait for the Bandish to air soon.

Hira Mani will play the role of Zubab Rana’s elder sister in this drama whereas, the veteran actress Marina Khan will be seen as their mother.