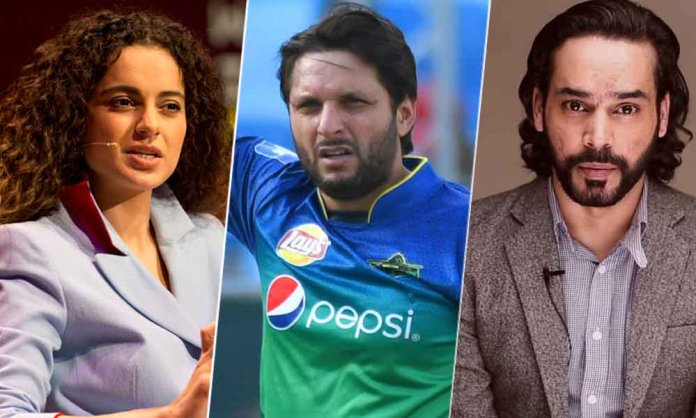 Pakistan has strongly condemned the attack and refuted allegations of being linked to the tragedy. Meanwhile, the Indian government and media continues to target Pakistan without any investigation.

Here’s what has happened so far between the two nations post-Pulwama attack.

After withdrawing Pakistan from the status of the most favored nation, India has announced a hike in duties of all imported goods from Pakistan. According to the International Trade Center, imports from Pakistan to India include fruit, salt, fuel, and fertilizer.

India’s Finance Minister Arun Jaitley revealed on Twitter that the basic customs duty on all Pakistan exports to India will be increased to 200%.

India has withdrawn MFN status to Pakistan after the Pulwama incident. Upon withdrawal, basic customs duty on all goods exported from Pakistan to India has been raised to 200% with immediate effect. #Pulwama

According to an Indian government official, this move will affect $2.61 billion worth of bilateral trade.

Perhaps the most aggressive reply so far amongst all Bollywood stars on the Pulwama attack has been from Kangana Ranaut.

When asked about her take on the matter in an interview to Pinkvilla, the actress outrageously spoke against Pakistan.

“Pakistan has not only violated our nation’s security but it has also attacked our dignity by openly threatening and humiliating us. We need to take decisive actions or else our silence will be misunderstood for our cowardice”

While speaking about the ban of Pakistani celebrities in Bollywood, Kangana added:

“Right now is the time to focus on decisive actions. Pakistan’s ban is not the focus, Pakistan destruction is.”

Her brash comments were bound to create an uproar and Gohar Rasheed was quick to shut her down over her anti-Pakistan sentinments.

An Humble appeal to our national news channels. Plz don’t invite any Pakistani or Indian terrorist sympathisers to spew venom against our dear motherland . Those rabid dogs are not allowed in our homes . Let those maggots die in their own filth .

Janhvi Kapoor Lashes Out at a Pakistani Daily

Taking to Instagram, the Dhadak actress lashed out at the Nation and called its article on the Pulwama Attacks as ‘propagandist’ and accused it of celebrating the terror attack.

The reasons to be angered and hurt are plenty. The one that upsets me the most is that our men didn’t even get the chance to fight for themselves. The second photo is of a propagandist article that is celebrating this terrorist attack as a fight for freedom. It’s tragic and irresponsible that the truths of such a condemnable act are being distorted by the media to suit their political agendas. These men have been robbed of not just their lives but also the respect that they deserve as protectors of a nation. Let’s pray for the souls of our brave men and for the strength of their families. #jaihind 🇮🇳

The Indian-cricketer-turned politician and Indian Punjab cabinet minister, Navjot Singh Siddu is being accused of supporting Pakistan in his statement of Pulwama Attack.

His comments created a massive backlash with Indian Twitterati urging to boycott the Singh for his love towards Pakistan.

Amey Khopkar, head of the MNS Chitrapat Sena stated to the press:

“We have verbally communicated to Indian music companies like T-Series, Sony Music, Venus and Tips Music etc to not work with Pakistani singers. These companies should stop it immediately or we will take action in our own style,

After the warning, T-Series has dropped all songs sung by Atif Aslam, Rahat Fateh Ali Khan from its YouTube Channel. The promotions of these tracks have also been halted from television and radio.

Total Dhamaal Not to Release in Pakistan

The release of Total Dhamaal in India is around the corner. The moviemakers were eyeing Pakistan as a potential market to earn big at the box-office.

However, Ajay Devgan has now announced that his movie will not release in Pakistan.

In light of the current situation the team of Total Dhamaal has decided to not release the film in Pakistan.

D-Sport, the official of PSL in India, has suspended the telecast of the league. Similarly, IMG Reliance has also ceased broadcasting of Pakistan Super League.

Meanwhile, Cricbuzz has banned reporting PSL games and has also deleted all of its previous PSL content.

Responding to IMG Reliance withdrawing the agreement to report  PSL, PCB has issued a statement to express its disappointment over the matter:

“We have been informed by IMG Reliance that they will be unable to partner with us for the remaining HBL PSL 2019 and PCB has reserved all its rights. The PCB always had a contingency plan in place, and we are confident we will be in a position to announce the new partner on Monday after the completion of the formalities,”

The Punjab Cricket Association (PCA) has removed the photographs of Pakistani cricketers, including Imran Khan, Afridi, Javed Miandad, and Wasim Akram from inside the Mohali stadium.

There were nearly 15 photographs of Pakistani cricket stars inside the stadium including the galleries, long room, reception and ‘hall of fame’ area. All of the portraits have now been taken down

“As a humble step, the PCA has decided to show its solidarity with the families of martyrs of the Pulwama attack. There is so much anger in the nation against the heinous attack and PCA is no different in this”

The All Indian Cine Workers Association has announced a complete ban on Pakistani actors and artists. Strict action will be taken against films that cast Pakistani artists.

This a developing story. Stay tuned to Brandsynario for more updates.