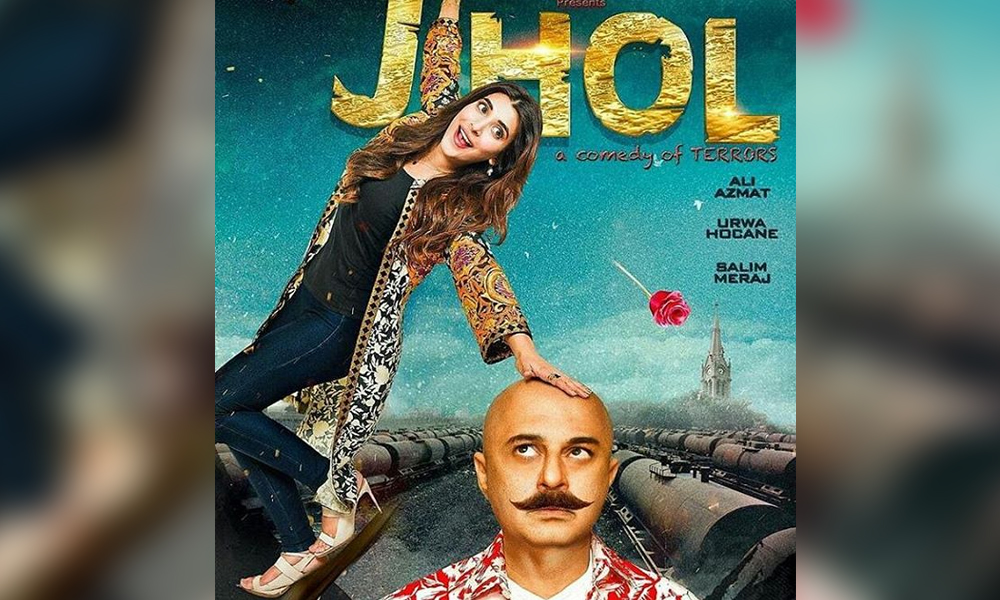 Another entertainment treat to hit the country’s cinemas is the upcoming movie Jhol which was previously named, ‘two plus two’ is all set to release this Eid.

The movie has Pakistan’s sweetheart, Urwa Hocane, and the dapper Ali Azmat as the main leads.

Here’s the first look for the movie Jhol!

Urwa was rumored to have been offered a role in a Bollywood movie but declined it for Lollywood movie Jhol as she believed it was better. The actress is on a roll recently and has 3 other movies in the pipeline set to release this year.

The movie has the tagline, ‘comedy of terrors’ makes one wonder in anticipation what it holds for us!