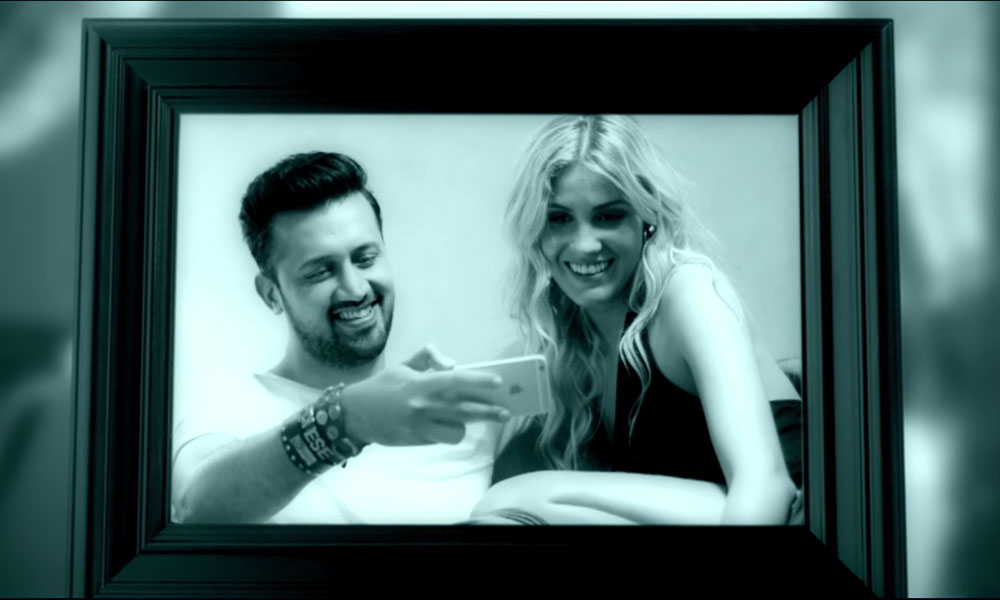 Atif Aslam has turned 34 on the 12th of March and to celebrate his special day, the rockstar gave a present to his fans! The most anticipated music video of the song Younhi featuring the Brazilian model, Nicolli Dela Nina, is now out!

So far, we only had BTS shots from the set, but finally we get to see the starlet in the music video.

The song is written and composed by the singer himself, and the song is released under the banner of T-series.

The video starts off with a scene where Atif and Nicolli are having a heated argument. After the heated argument, the video very explicitly shows Aslam mounting on a Harley-Davidson. Then begins the journey of the singer where he has flashbacks of the good times but are interrupted by her friends. The song is a melodious treat, with a bittersweet romance going on in the video. The singer is seen romancing the stunning Brazilian model at some gorgeous Turkish locations. However, things seems to be going downhill between the duo as Aslam seem unimpressed with the arrival of Nina’s friends! In the video, you’ll find that Atif rather behaves like a child because his lady love likes to hang out with her friends sometimes. The song lyrics talk about how Atif invested himself in this girl but his heart was broken because she had a life other than him. The video follows a love story that looked bleak from the beginning but whether Atif and Nicolli make it through? Watch the full video below!