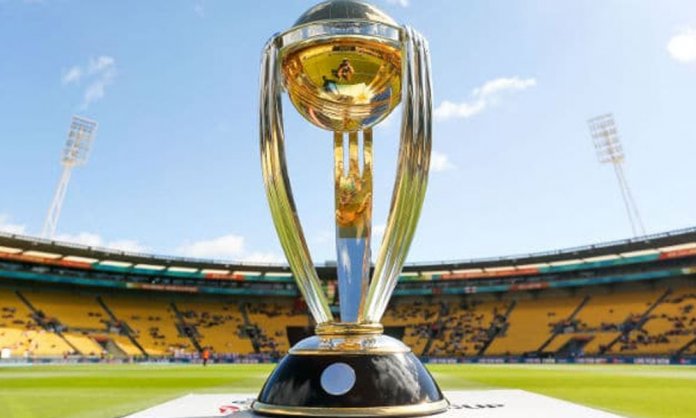 The International Cricket Council today confirmed the schedule of the ICC Cricket World Cup 2019, which will be staged in England and Wales from 30 May to 14 July.

England will open the tournament at The Oval on 30 May when they will take on South Africa, while Australia will launch their title defense on 1 June against the ICC Cricket World Cup Qualifier champions Afghanistan in a day/night match in Bristol. 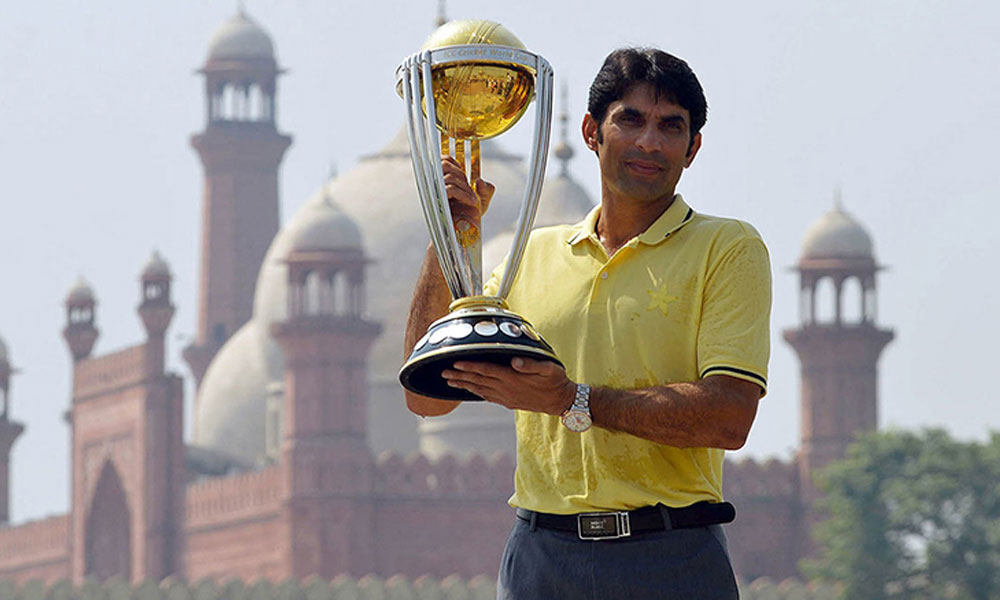 India, the 1983 and 2011 world champions who also won the ICC Champions Trophy in 2013 in England and Wales, will play their first match on 5 June against South Africa at the Hampshire Bowl in Southampton. Their feature match against traditional rivals Pakistan will be at Old Trafford in Manchester on 16 June.

Old Trafford in Manchester and Edgbaston in Birmingham will stage the two semi-finals on 9 and 11 July, while Lord’s will play host to a World Cup final for the fifth time, on 14 July. All these three matches will have reserve days.

Eleven world-class venues will be used in the 46-day tournament in which each side will play the other once in a single-league format with the top four sides after 45 matches progressing to the semi-finals.

Old Trafford in Manchester will host maximum six matches, while Edgbaston in Birmingham, Hampshire Bowl in Southampton, Lord’s and The Oval (both in London), Trent Bridge in Nottingham will stage five matches each. Cardiff Wales Stadium in Cardiff and Headingley in Leeds have been allocated four matches each and County Ground Bristol in Bristol, County Ground Taunton in Taunton and The Riverside in Chester-le-Street have got three matches each.

“It’s always an exciting moment ahead of any major event to announce the schedule and for the ICC Cricket World Cup, it’s that extra special. Next summer fans around the world will be treated to compelling and competitive cricket as the best teams in the world go head to head in this round robin format for the right to be crowned World Champions.”

“This schedule also gives fans across England and Wales the opportunity to watch world class cricket on their doorstep with all teams moving around the country. We know from previous ICC events that every country will be proudly supported at each of the venues creating an exceptional atmosphere and a real celebration of the game.”

“Today’s announcement of the schedule is another important moment in the build-up to the ICC Cricket World Cup 2019 – the moment that the tournament comes to life for teams and cricket lovers across the world. This is the flagship event in one day cricket.”

“There are some fantastic head to head fixtures – England v Australia at Lord’s and India v Pakistan at Old Trafford as well as England v India at Edgbaston spring to mind. As organizers we can promise the teams and fans we will work hard to provide the perfect stage for this event.”

“Because of the UK’s diverse population, every competing team will also be guaranteed a ‘home crowd’ every time they play at some of the most iconic cricket grounds in the world.”

“The Cricket World Cup is the third most-watched global event and has huge interest and appeal amongst cricket fans. Our ambition is to grow the game and deliver the greatest ever cricket celebration and with that in mind, we have very carefully developed our ticket prices.”

“The prices have been tested with thousands of fans over the last six months, we have used external experts and consulted widely to ensure that they are good value vs other global sporting events. The prices balance accessibility with delivering the investment required to deliver a world-class event. All revenue is invested back in the game to grow cricket.”

The squad consists of:

According to Geo, Junaid Khan and Faheem Ashraf were dropped from the squad in favor of Mohammad Amir and Wahab Riaz. Asif Ali also replaced Abid Ali in the side. Shahdab Khan who was unable to play in the series against England due to illness was retained in the squad.

The bowling unit during the England ODIs has not clicked as anticipated or expected; if we have at our disposal two vastly experienced pace duo of Amir and Wahab, then it will be foolish not to include them -chief selector Inzamam-ul-Haq

There is no panic. I spoke to the captain and coach before taking these decisions 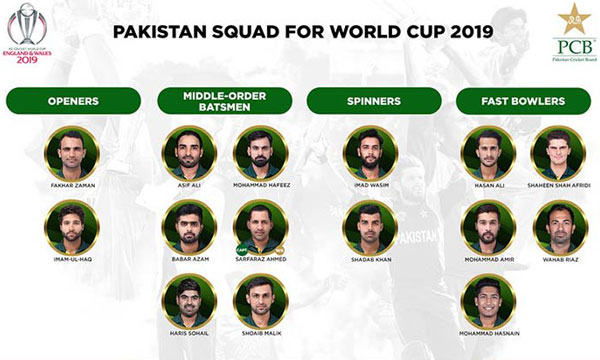 England 14-man Squad Versus Ireland ODI and Pakistan IT20: