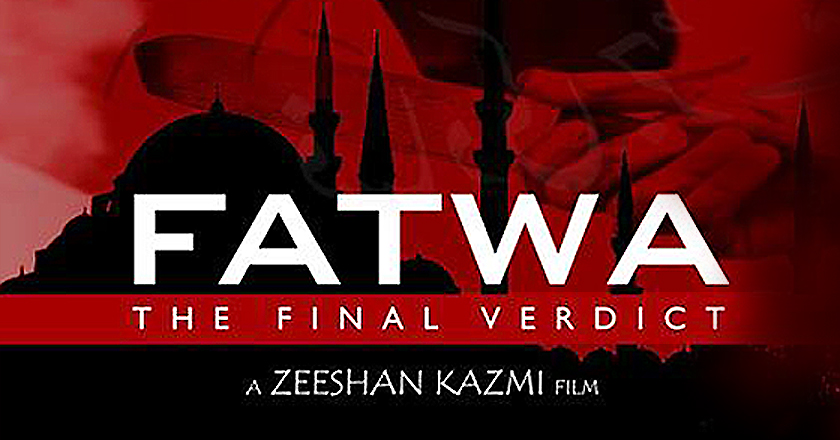 Fatwa is a bold venture, especially for someone who has not yet made a substantial name in the fledgling Pakistani Movie Industry. In a country like Pakistan, which is driven heavily on ‘Religion’, ‘Islamic Extremism’ is a topic even the more experienced movie makers do not dare to speak of.

As for the plot of the movie, it revolves around the central character, Zameer. The story begins with Zameer’s deployment as the Head of Polio Campaign in ‘Rajgarh’, a place which lacks education but not religious zeal.

Thus unravels the movie, a story of Zameer’s 40 days in Rajgarh, as the religious resistance who believes their Spiritual Leader Osama Bin Laden was assassinated by the assistance of a similar Nationwide Polio campaign.

Anyone who hasn’t been living under a rock for the past year would know better that these events have conspired in our society more often than they ever should have been allowed to.

For the longest while now, Pakistan has been the epicenter for this war between westernization and religious extremism. Every Pakistani is a partaker in this war, for better or for worse, and it’s not a matter of choice – it’s a matter of responsibility. When one calls himself a Pakistani, one needs to realize that sharing the exquisiteness and comfort of this independent state means sharing the collective-social-inadequacies that “might” exist in the mindset of Pakistanis.