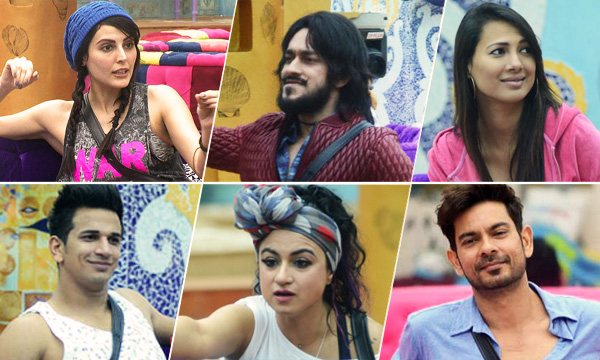 Bigg Boss 9, the ultimate hotbed of unadulterated gossips, high-flying drama, non-stop fights and passionate love affairs has completed its half season and now is creating a curious sensation of who is going to win the most controversial reality show of the Indian television platform. The handsome and suave actor Keith has always managed to seek attention with being tolerant and understanding towards all the housemates in the Bigg Boss Nau house. He is an instant sensation in the ‘Bigg Boss Nau’ house all thanks to his chivalry and love triangle involving his girlfriend Rochelle Rao and foreign beauty Mandana Karimi The girlfriend of Keith, the sizzling hot model turned into television anchor is always in highlights in the Bigg Boss 9 season, especially after her engagement buzz on the National TV. She sure is a person who can attract her fans to vote for her. Though he is a wild card entry, but he surely possess strong chances to win the show. What makes him the winning contestant are his stronghold abilities to perform every task of the show with the easiest way possible. The host Salman Khan has also given positive remarks for this contestant. It’s like watch out contestants wild card entry are not the weaker one’s here! She is definitely a girl who gets a chance to be praised for moments happening around her. The most loved and the self-made queen of the Big Boss 9 show surely knows how to gather all the votes for her. Not only her fans, but celebs like Kamal R Khan also knows that the foreign lady is going to win the Biss Boss 9 show.

Mandana will win #BiggBoss9 because Me Me Me KRK the no.1 critic says so. @ColorsTV Who doesn’t like the handsome Punjabi Munda who was ever ready to get into fights for his sister Kishwer Merchant? He acts like he is the one who cares the most. Prince Narula is one of the finalists of Bigg Boss 9. The talking Tom, Priya is the one with the most dominating attitude and who used to shout her lungs out with Kishwer. She has managed to make her way to winning list by her talking tactics! Imam Siddique was made to choose two contenders following which he chose Rishabh Sinha and Priya! Bigg Boss then asked the remaining contestants to vote for the most deserving out of the two and Priya happened to get the majority of votes!

So who according to you is going to be the finalist of the Bigg Boss 9 show? Give your feedback in the comment section below!