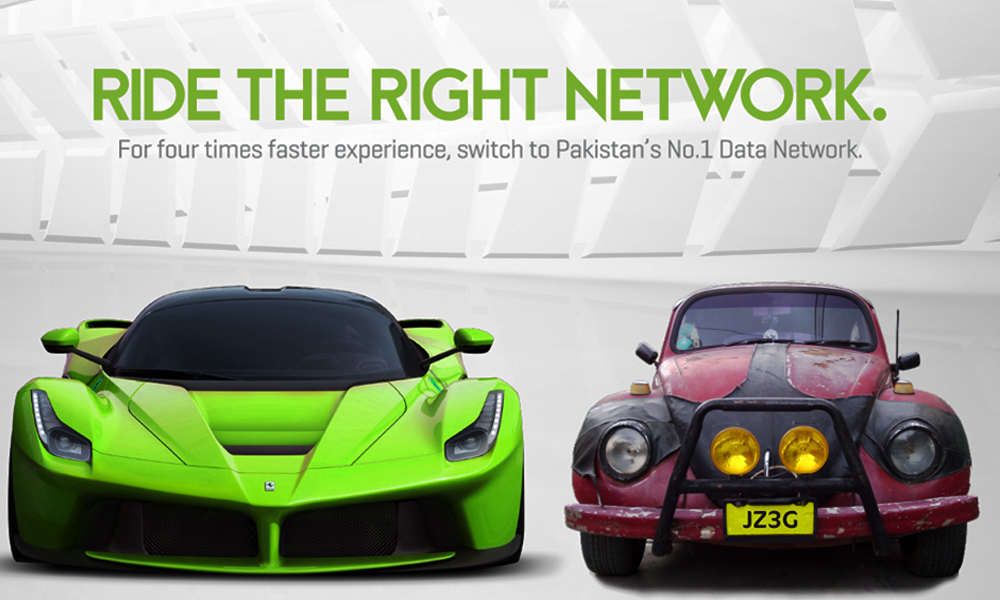 Zong came into the market with its 4G services long before any other telecom provider. The telecommunications brand recently posted a print ad on its social media account which asks its users to “Ride the Right Network”. The picture features two cars, a green race-car representing Zong 4G while Jazz 3G being portrayed as an old car.

The recent merger between Mobilink and Warid has managed to get the company the highest customer database with a whopping 50 million users in the country. The post was accompanied by the caption, “You don’t wanna fall behind in the race now, do you? Join the fastest network and speed up your game!”

The post received negative feedback as customers said that Zong’s speed was not as fast as the company claimed it to be.

Check out the response Zong received! Zong also recently took a jibe at PTCL after its services suffered a breakdown, this ad backfired as customers complained about the lack of services that Zong provides in the comments section.

Seems like Zong is trying its best to acquire leverage on its competitors by posting these kinds of ads that take a hit on other telecommunication companies.

What did you think about the recent strategy Zong is using? Let us know in the comments below.