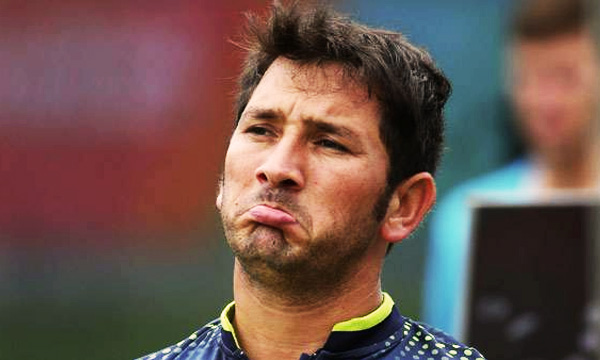 “Shah has been suspended from all cricket-related activities for three months after pleading guilty to breaching Article 2.1 of the ICC Anti-Doping Code,” the ICC announced in a statement.

Shah had provided a urine sample as part of the ICC’s random in-competition testing programme after the conclusion of the one-day international between England and Pakistan in Abu Dhabi, UAE on 13 November 2015.

“His sample was subsequently tested and found to contain chlortalidone. This is classified as a “Specified Substance” under World Anti-Doping Agency’s Prohibited List and is prohibited both in-competition and out-of-competition.”

Shah has emerged as a match-winner for Pakistan in Tests after ace spinner Saeed Ajmal lost form due to having to remodel an illegal bowling action. “Shah admitted the violation and a three-month suspension has been imposed, backdated to 27 December 2015, the day when he was provisionally suspended. Shah will, therefore, be eligible to return to cricket on 27 March 2016.”

The ICC said it accepted that the doping offence had been inadvertent as the medication had been taken “for therapeutic reasons, specifically to treat his blood pressure.

“He was able to satisfy the ICC through evidence and submissions prepared on his behalf by the Pakistan Cricket Board (PCB) that he had no intention to enhance his sporting performance or to mask the use of another performance enhancing substance.”

“He had, instead, mistakenly taken his wife’s blood pressure medication that was identical in appearance to his own but which contained the prohibited substance chlortalidone.”

The head of the Pakistan Cricket Board’s medical panel, Sohail Salim, said he was satisfied with the ICC decision.

“We are happy that we made a genuine reply in Shah‘s case,” Salim told AFP.

“At the time of Shah‘s suspension a lot of former cricketers, experts and doctors were giving their opinions without any knowledge and that was disturbing.”

Under anti-doping rules, Shah could have been hit with a two to a four-year ban.

Shah said he was delighted at the news.

“I am delighted and thankful to Almighty,” Shah told AFP by phone from Swani, Pakistan. “I was attending a religious congregation and was waiting for this news with bated breath.”

“The most difficult phase of my life is over now,” said Shah. “I have been bowling in the nets so as soon as I am eligible to play I will get into the groove.”