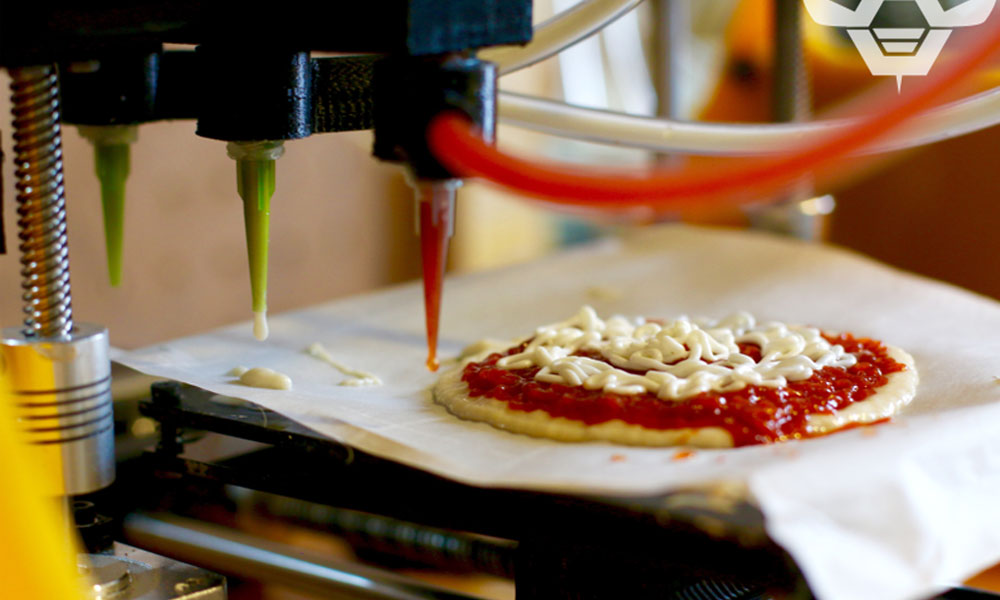 A new pop-up restaurant is set to open in the British capital this summer, serving up a menu of food made by 3D printers.

London is something of a specialist in the pop-up restaurant scene, with an increasingly crazy array of dining concepts springing up all over the city. Recent pop-ups include an owl café and a naked restaurant. And if the waiting list for this naturist eatery is anything to go by, London’s pop-up business is definitely booming. Like something straight out of a sci-fi novel, the latest concept offers another offbeat option for curious food lovers.

5 Delicious Ways to Add Yogurt to your Daily Diet

At Food Ink, diners take their seats on 3D-printed chairs before tucking into a meal created by the same kind of machines. The 3D printers, supplied by a Dutch firm, will make hummus, chocolate mousse and pizza dough. In fact, they can make anything that takes the form of a paste, which is then shaped and accompanied by regular foods. The pop-up will serve nine courses, concocted by a team of chefs, artists and technicians at a restaurant in Shoreditch, East London, set to open for just three days, July 25 to 27. The experience will be very short-lived, but the event will also be live streamed on the website Foodink.io.

The restaurant — which claims to be the first of its kind worldwide — started life in Venlo, in the Netherlands, back in April. Rather than seeking gastronomic heights, the concept aims above all to give food fans a glimpse into the future of food and cookery. The pop-up’s founders will be touring their concept throughout the world over the coming months, heading to Berlin, Dubai, Seoul, Rome, Tel-Aviv, Barcelona, Paris, Amsterdam, Toronto, New York, Taipei, Las Vegas, Sao Paulo, Tokyo, Austin, Texas, USA, Singapore, Los Angeles, Cape Town, Sydney and Reykjavik.

Find out more about the Food Ink concept: https://youtu.be/UWOVvSfSjCM