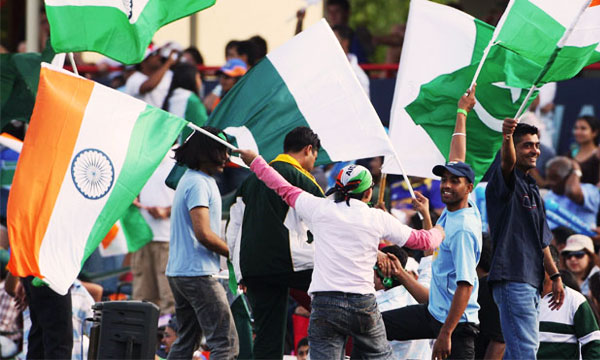 After much of ambiguity and criticism, Indian authorities have allowed the Pakistani High Commission in New Delhi, Mr. Abdul Basit and his staff to watch the much-anticipated match between India and Pakistan is to be held on 1th March in Kolkata, Eden Gardens.

The Pakistani High Commissioner along with his staff have been waiting for the decision for quite some time but were denied the permission earlier. Prior to this, five Pakistani diplomats and two of their family members were barred by India from travelling to Kolkata for the match. Pakistan has expressed disappointment over the Indian government’s behavior. If sources are to be believed, the Foreign Office in Pakistan is expected to summon the Indian envoy to formally record protest over the decision. The India-Pakistan match was initially scheduled at Dharamsala but was later shifted to Kolkata upon Pakistani authorities’ request regarding Pakistani team’s security. The clash will now be held at Eden Garden cricket stadium, Kolkata on March 19th 2016.

As per the Indian Home Ministry, the India, the host nation will be issuing 250 visas to Pakistani cricket fans wanting to travel to India to watch each match played by team Pakistan in the World T20 tournament.

“As of now, we have decided to issue 250 visas to Pakistani cricket fans for each match Pakistan team will play in the T20 tournament,” senior Home Ministry official said.

The visa is to be issued for 5 days after match tickets, return tickets and booking accommodations are finalized. However, the number of visa issuance may increase provided Pakistan manages to enter the semi-final and final stage.