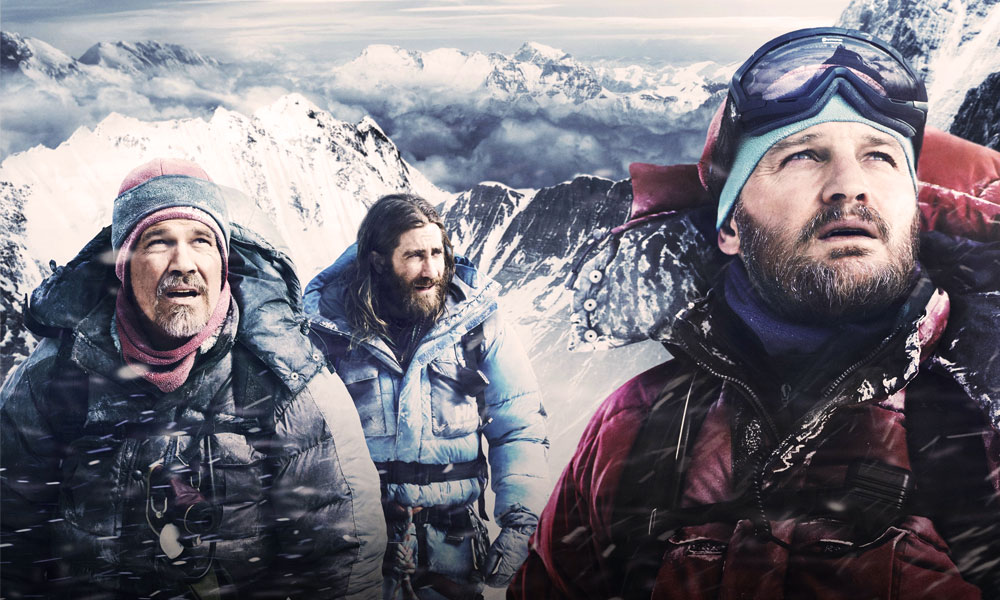 Part incident-based nature documentary, part dramatized resurrection of the fatal May 1996 scaling mission in which 8 people died trying to summit the mountain, Everest comes across as a well made one-watch wonder without being overly sentimental. The movie chronicles the sequence of events that led to the deadly disaster in the face of a fast-arriving blizzard and chaotic leadership. Rob Hall (played by Jason Clarke) includes weak climbers in the expedition – those who had not scaled any other 8000 meter peaks before which later on raised a lot of questions about commercializing the Everest experience.

Moreover, once the summit starts on that fatal day, the expedition quickly encounters delays as no ropes had been placed on the mountain ridges by the Sherpa guides from where the climbers had to pass which ends up wasting a lot of time. Due to most of the climbers’ inexperience and with some their health, most members are not able to reach in time to be able to turn back before the snowstorm would strike.

The cinematography and 3D IMAX production does justice to the grandeur of snowy mountain peaks coupled with the sound of hurricane winds, providing the dizzying wonderment that moviegoers hope to get from a movie based on a mountaineering adventure.

Dario Marianelli’s music score further adds intensity to the biographical disaster drama. Filmed at Everest Base Camp and Camp II in Nepal, besides Italy for the mountain sequences, the production itself met with a major incident when an avalanche from the Khumbu Icefall area struck during filming and 16 Sherpa guides died as a result.

Some cultural interaction filmed with these Sherpas, a tribe residing in the Himalayan region who are terrain experts and are regarded as elite mountaineers particularly for expeditions to Mount Everest, may have diluted the very ‘white’ perspective of the movie, who otherwise have a major role to play, providing some very necessary camaraderie and advice.

What I found to be a major negative is that the movie more or less warns against trying to scale the Everest. It conveys the strenuousness of practice hikes and the physical punishments encountered when trying to acclimatize with the biting cold of the icy Himalayan region but fails to tell why the whole effort is worth it.

Further, Everest falls short of highlighting that certain kind of person who would risk everything in their life in an attempt to try and scale the world’s highest mountain.

Check out the trailer here: