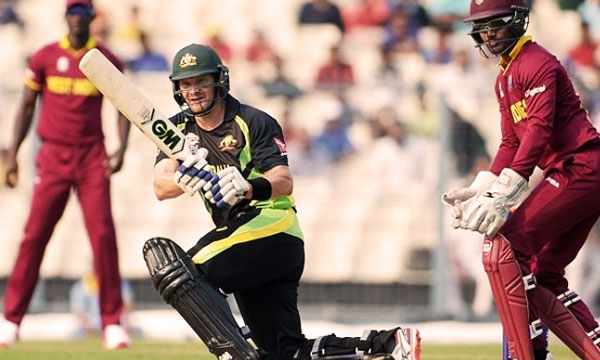 Controversial batsman Chris Gayle will be looking to ensure the West Indies’ troubled build-up to the World Twenty20 becomes a distant memory when they open their campaign against England in Mumbai Wednesday.

The Windies are out to prove they are still a force in the shortest form of the game despite their declining Test status while England wants to atone for a humiliating early exit from last year’s 50-over World Cup.

A pay dispute cast doubt over the West Indies’ appearance in India and while the row was resolved at the 11th hour, relations between players and the country’scricket board remain tense. Their preparations have also been hit by the withdrawal of all-rounder Kieron Pollard and off-spinner Sunil Narine, who is T20 cricket‘s top-performing bowler and has thrived in the Indian Premier League (IPL).

But in the enigmatic Gayle they possess a batsman capable of destroying whatever bowling attack he faces and single-handedly winning any match, providing he stays clear of off-field controversy.

The Jamaican, nicknamed “Gayle Storm”, faced allegations of sexism after he asked an Australian TV presenter for a date live on air in January during the Big Bash League. He also lit up the tournament for the right reasons, hitting a 12-ball half-century.

West Indies skipper Darren Sammy said the 36-year-old was unfazed by all the attention and would be his usual “destructive” self on the pitch.

“There always seems to be pressure for him to perform but Chris is just going to do what Chris has done throughout his T20 career,” said Sammy in an eve-of-match presser conference.

“There’s never too much pressure on Chris.”

Gayle, 36, holds the record for the highest ever score in T20s, 175 off 66 balls, and hit the format’s first international century during the inaugural World T20 in 2007.

But the second-ranked Windies, who are looking to add to their 2012 World T20 title, face a tough prospect at Mumbai’s Wankhede Stadium in the shape of a new, attack-minded England side.

Eoin Morgan’s team have turned their fortunes around since they were dumped out of the 2015 World Cup by Bangladesh, adopting a more aggressive attitude which has seen them up their run rate.

England had a disastrous 50 over World Cup campaign last year, knocked out in the group stages after losing to Bangladesh.

“We’ve built a little bit of confidence and we are in a really good place mentally,” said the captain in his pre-match press conference.

“It’s not about getting out of the traps early and playing your best game first up,” he said.

“It’s about pacing along the way, picking up confidence and putting in performances when they really matter. The first game is a tough game, I do agree with that, but certainly it’s not the be all and end all.

“I think they (West Indies) have a number of dangerous players… (but) I think it’s important for us as a young, talented side to focus on what we do best and execute that. There are plans in place but ultimately it’s how we execute them.”