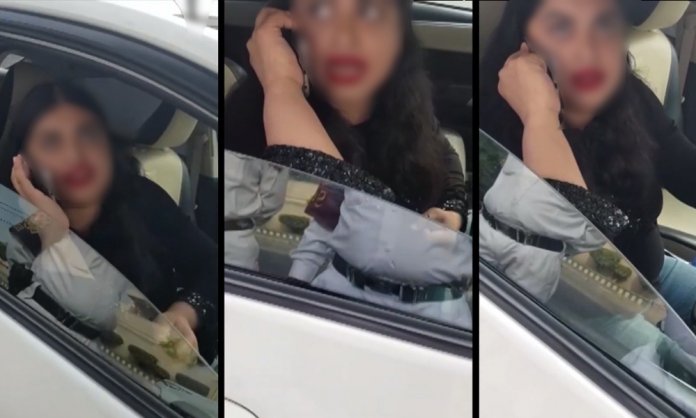 A video has taken over social media where a young woman is heard telling a traffic police official that she will ‘break his face’.

The video was made by the police officer himself claiming that the lady had violated the rules by not stopping at the red light in the Defence Housing Authority (DHA) neighborhood of Karachi.

Although the woman was not seen jumping the signal on video, the officer is confronting her for the violation to which she reacts very negatively.

She is seen on phone trying to call someone and is heard saying phrases like “I’ll break your face” and “get out of here, get lost”.

She even threatens him by saying she will “remind him of his worth” and calls him an old man in spite.

It was then found that the car is registered to a Pir Roshan Din Shah Rashdi. A First Information Report against the woman has been registered with the Darakshan Police Station, reports Geo News.

Watch the Viral Video Below

What do you think about this incident?