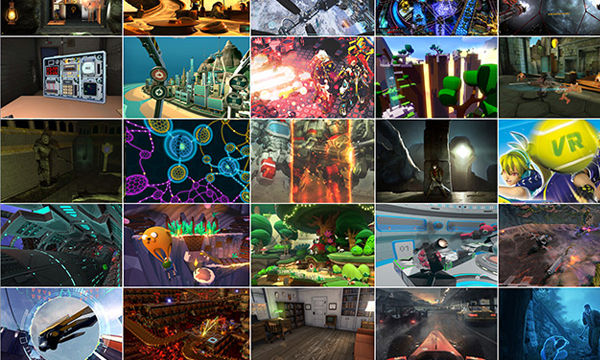 The Oculus Rift virtual reality headset starts shipping out, its online store and launch games go live, and there are releases for annual baseball sim “MLB 16: The Show,” highly anticipated and gorgeously animated indie game “Hyper Light Drifter,” and the latest addition to a cult Japanese horror series in “NightCry.”

With the initial allocation of $599 consumer-grade Rift headsets swiftly selling through once pre-orders went live in January, that first batch is due to start shipping March 28 and, alongside the HTC Vive ($799) and PlayStation VR ($399) represents the first of three major virtual reality setups launching in 2016. Requires a PC with powerful components to run properly: Nvidia GeForce GTX 970 or AMD R9 290 graphics card and Intel i5-4590 CPU chip at minimum. Capable of gaming, social, and 360° cinema applications.
oculus.com

Thirty titles have been prepped for readiness in support of the Rift’s release, including spacewalk disaster adventure “Adr1ft,” sci-fi dogfighter and MMO tie-in “EVE: Valkyrie,” cute action game “Lucky’s Tale” and multi-disciplinary racer “Project CARS,” with an Oculus Store acting as a point of sale (in addition to the usual online PC retailers).
oculus.com/en-us/blog/introducing-30-games-coming-to-oculus-on-march-28

Step on board a cruise liner and find out who or what is in the process of knocking off all its passengers. A point and click horror game in the vein of cult classic “Clock Tower” — indeed, the latest entry to the series — though now in 3D and with the “Silent Hill” art director and film director from “Ju-on” (“The Grudge”) on board.
night-cry.com

Travel across the lands of Buried Time to find a cure for your hero’s disease. Hugely successful as a crowdfunding effort back in 2013, the uniquely stylized action game references video game standards such as “The Legend of Zelda” as well as more modern releases like “Sword & Sworcery,” “Transistor,” and the films of Studio Ghibli.
heart-machine.com