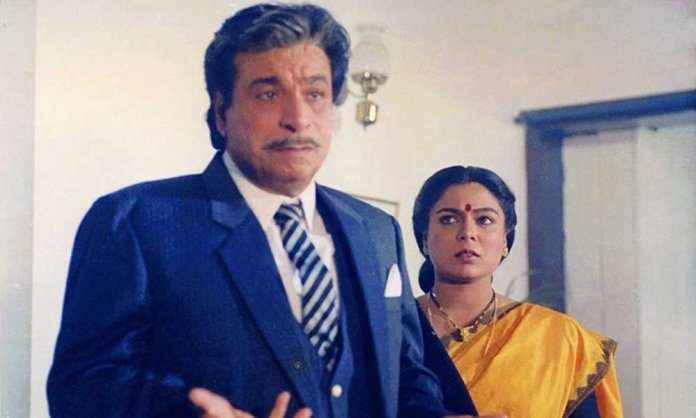 Veteran Bollywood actor Kader Khan, popular for his comical roles and flawless dialogues delivery, has passed away Tuesday morning at the age of 81.

Khan was suffering from age-related ailments and Progressive Supranuclear Palsy- a degenerative disease that causes loss of balance.

The news of his death was shared by a family member earlier this morning with Indian news agency IANS.

BREAKING NEWS!
Veteran actor #KaderKhan has passed away. It's all over in the battle for life as far as the legend is concerned! 😳🔥😱😢@bindasbhidu @iTIGERSHROFF @MaheshNBhatt @ShraddhaKapoor @AnilKapoor @karanjohar @iamvickeyleakshttps://t.co/GLermh7dXF

5 Entertainment Trends in Pakistan That Dominated 2018

It had been said that the late actor had developed breathing issues and the doctors transferred him from regular ventilator to a  BiPAP ventilator in a hospital in Canada.

The last couple of days, rumors of his death were being circulated on social media, which were later dismissed by his son, Sarfaraz.

It is all a lie. It (is) just a rumour. My father is in the hospital -Sarfaraz

Kader Khan will always be remembered for his unique roles in Indian movies like ‘Do Aur Do Paanch’, ‘Muqaddar Ka Sikandar’, ‘Mr. Natwarlal’, ‘Suhaag’, ‘Coolie’ and ‘Shahenshah’.

He also stole millions of hearts by playing the role of a villain in movies like ‘Farz Aur Kanoon’, ‘Jeeo Aur Jeene Do’, ‘Naya Kadam’, and ‘Qaidi’.

Which of his movies were your favorites? Let us know in the comments section below.