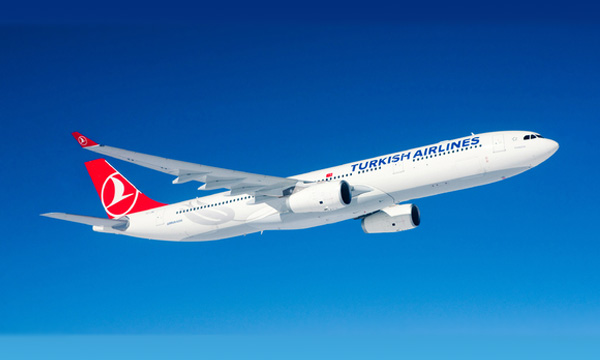 Turkish Airlines, which is also making a mark for itself in Pakistan, has been chosen “Best Airline in Europe”, “Best Airline in Southern Europe” and awarded “World’s Best Business Class Airline Lounge”, and “World’s Best Business Class Lounge Dining”.  The awards were presented to Turkish Airlines’ Deputy Chairman and CEO, Temel Kotil Ph.D. by the CEO of Skytrax, Edward Plaisted in the awards distribution ceremony.

Skytrax announced the latest rating in Paris, which is based on 13.02 million survey questionnaires completed by 112 different nationalities of airline customers during the survey period from May 2014 to January 2015. The survey covered 550 airports worldwide.

With no outside sponsorship, advertising or influence, Skytrax is the most respected global airline passenger survey firm in the industry to evaluate traveler experiences across different airport service and product key performance indicators – from check-in, arrivals, transfers, shopping, security and immigration through to departure at the gate.

Since 2007 with 4-star airline ranking, Turkish Airlines has been capturing all the significant awards and accolades in almost every category of the aviation industry worldwide with excellent performance getting even better year on year, which included ‘Best Airline in Southern Europe’, ‘Best Catering in Economy Class’ with the in-flight service provided by Turkish DO & CO, ‘Best Premium Economy Seats’ for its Comfort Class seats, ‘Best Business Class Catering’, ‘Best Business Class Onboard Catering’ and ‘Best Business Class Lounge Dining’.

With significant investments made in recent years, the awards received, impressive growth figures, large-scale aircraft orders, a continuously expanding route network and innovative approaches, Turkish Airlines continues to consolidate its position as one of the world’s leading airlines.

Over 40,000 professionally trained and personally talented employees help maintain the airlines amongst one of the most popular passengers airlines in the world.