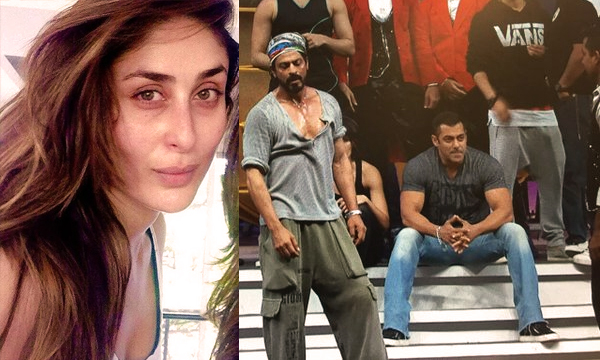 The grand celebration ‘Times of India Film Awards’ (TOIFA 2016)  is rolling out on ThuFriday. The award ceremony will begin on March 18 at the Dubai International Stadium, Dubai Sports City.

We can’t expect the grand TOIFA Awards to take place without the celebrity quotient! Celebs including Ranveer Singh, SRK, Salman Khan, Kareena Kapoor, Jacqueline Fernandez, Varun Dawan and many others will be seen on the stage with their hot and splendid performances.

Ranveer Singh will be seen paying a tribute to the legendary star Amitabh Bachchan on the stage, whereas Kareena Kapoor will pay a tribute to all Bollywood divas with her performance.

Salman Khan will perform on different Bollywood featured songs to pay a tribute to several heroes.

The show will be hosted by the all-time favorite stars Parineeti Chopra and Ritesh Deshmukh.

The TOIFA Awards 2016 will be aired on Sony Entertainment Channel at a later date for the people who won’t be able to catch the live action of Thurday and Friday night.

Check out the excitement of celebrities who posted their photos on Instagram and Twitter while leaving for Dubai to attend TOIFA Awards 2016, as well as practicing for the event on the set of TOIFA Awards

Hot! Kareena rehearsing for her performance for #TOIFAinDubai with an instructor! pic.twitter.com/8jH7JPCklV

Actress @genelia in #Dubai for #TOIFA. Watch this space for more! pic.twitter.com/EH1Gj90i98