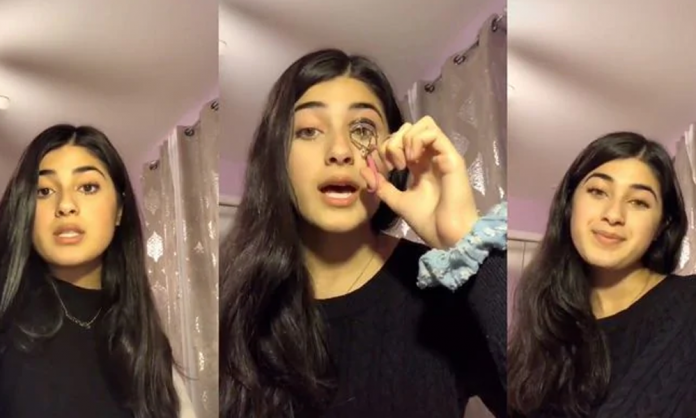 Feroza Aziz, a US teen was banned from TikTok shortly after her video titled ‘Beauty Tutorial’ went viral.

Reportedly, the video shows the 17-year old talking about how to get longer eye-lashes like any normal beauty tutorial.

However, she stops abruptly to talk about how her viewers should research on the harrowing conditions Muslims are facing in China’s detention camps.

The video started to go viral on social media and as a result, her account was suspended within hours.

The video starts with Aziz saying:

So, the first thing you need to do is grab your lash curler, curl your lashes, obviously.

Then, you’re gonna put them down and use the phone you’re using right now to search what’s happening in China, how they’re getting concentration camps, throwing innocent Muslims in there. … This is another Holocaust, yet no one is talking about it.

An estimated 1 million Uighur Muslims are currently imprisoned in internment camps in northwest China’s Xinjiang region. The US and other countries have widely condemned these camps.

TikTok Clarifies that the Ban was Over Another Video!

However, TikTok told Brandsynario that Aziz was actually suspended for another video — one about Osama bin Laden.

TikTok does not moderate content due to political sensitivities. A previous account belonging to this user had been banned after she posted a video of Osama Bin Laden, which is a violation of TikTok’s ban on content that includes imagery related to terrorist organizations.

Another account of hers, @getmefamouspartthree, and its videos – including the eyelash video in question – were not affected and the video continues to receive views.

There’s a trend on TikTok where you post like, ‘The type of boys or girls I liked when I was little. Mine was like, ‘I liked a lot of white guys, but now I like brown people’ and at the end was [bin Laden] as a joke.

It was a dark humor joke that he was at the end because obviously no one in their right mind would think or say that.

“I still find it suspicious that TikTok took down my video right when my posts on China’s concentration camps were made. Doesn’t sound right to me,” Aziz told Buzzfeed.

She ended the interview saying, “I just wish I could do more to help. I hope something can be done from this.”