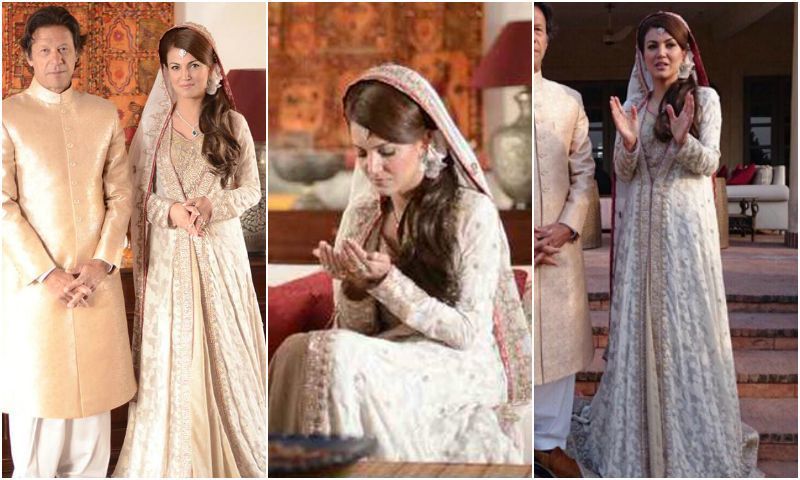 Reham Khan’s much-awaited book is finally out and its digital version is doing round on the social media besides being available at Amazon.

Needless to say that the contents of the book have left the whole nation shell-shocked!

Announcing the news on Twitter, Reham was seen sharing the happy news with her followers.

The much talked about autobiography contains not just details about her life and relationships but also sordid details about her ex-husband Ijaz Rehman and the Pakistan Tehreek -e- Insaaf (PTI) Chief, Imran Khan.

In one section of her book, Reham goes into detail about how the former Cricket Captain proposed her for marriage. Describing the big moment in explicit detail, she revealed how the two met up for a candid meeting at Bani Gala, Imran Khan’s residence.

Sharing the details of the moment, Reham further revealed that when he emerged from the bedroom and saw her scratching her feet, Imran Khan popped the question.

He now had a glint in the eyes as he looked straight into mine. Flustered by his penetrating gaze, I looked away and explained that I was covered in mosquito bites.

The next thing I knew, his huge hands had grabbed my ankles protectively but gently, as if to sooth the insect bites.

I jumped in my chair at this unexpected, yet tender gesture from him. He leant forward as if to kiss me, then groaned and got to his feet

She added that when he asked her to marry him in his garden, her response was:

Are you totally insane? 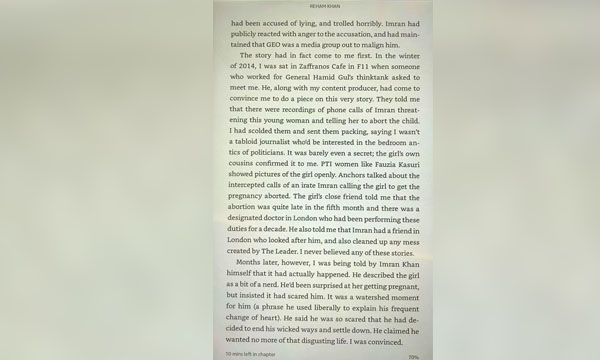 From accusing Imran Khan of making a girl go through an abortion to implying about his interest in men; Reham has certainly left no stone unturned to “expose” him!

Have you read her biography? Tell us what thought about it in the comments.

Sadaf Kanwal Just Revealed Her Relationship Status & We Are Not Surprised!