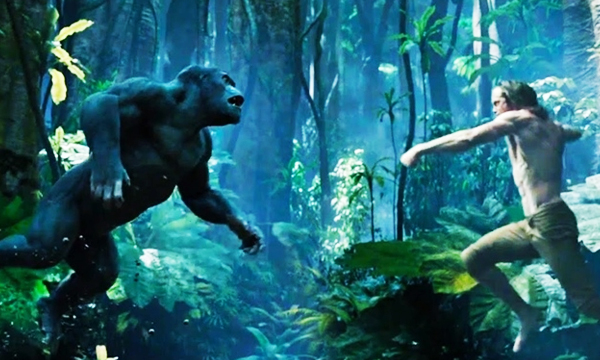 The much awaited Legend of Tarzan has earned mixed reviews since it’s initial release on July 1st. It may have all the right ingredients fit for the cinema screening, from CGI animated jungle setting to the breathtaking leading cast to the epic fight scenes. As far as the  critics are concerned, it has failed to impress whereas the public has given a positive response generally.

The imperial saga penned by  Edgar Rice Burroughs has been brought to the silver screen by writers Adam Cozad and Craig Brewer and director David Yates of the Harry Potter fame.

The movie is drenched with the themes of the colonial past; racism and European imperialism. The plot does not make any attempts to handle the story line according to the sensibilities and understanding of the contemporary audiences. John Clayton III who is already popular at the end of the 19th century for his unique upbringing by the apes in Congo, returns home to England. That is where the story takes off from. Alexander Skarsgård as Tarzan was able to personify the raw magnetism and toughness of Tarzan whereas Margot Robbie embodies the perfect Jane who leaves no stones unturned when it comes to assisting her husband. Yet, he is persuaded to return to the Belgian Congo jungle by George Williams (Samuel L.Jackson) who is an ex-military American mercenary and in the process help free the native from slavery. Christoph Waltz (Leon Rom) plays the henchman of King Leopold who kidnaps Jane in an attempt to compel Tarzan into giving in. Then, begins the battle where ‘Africa’s favourite son as labelled by George. combines all of the suppressed forces in Congo to fight the enemy with the colonial mindset; King Leopold’s Belgian front man Leon Rom. Talking about recent times, the movie lacks the balance that could have made it all bearable. Hard to digest is the white saviour complex demonstrated, where most Africans rally behind him and depend on him without question to defeat the enemy. Secondly, more dialogues for Jane could have been an added bonus since her character is central to the plot- her acting skills seemed not to be utilized to their fullest potential.

I was knocked out by #Tarzan at the premiere! Go c it this weekend! You'll be glad u did! (Say… https://t.co/zkCGDAD3Vs

Movie Review: Is 'The Legend of Tarzan' Worth the Price of Admission? https://t.co/FIoSUIfCei #LegendOfTarzan pic.twitter.com/32PgBNnhV5