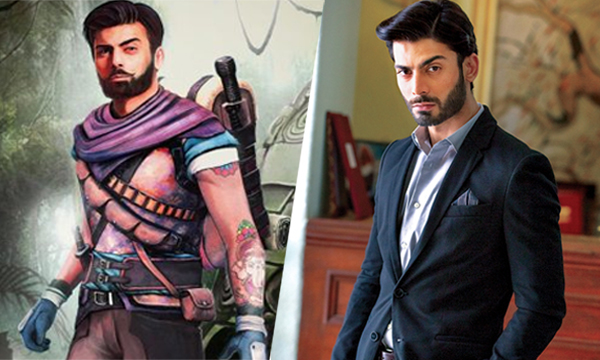 Temple Run was almost something of the past but seems like Pakistanis are soon going to be re-downloading the gaming app on their phones and tablets ASAP!

The latest character added to ‘Temple Run 2: Lost Jungle’ has an uncanny resemblance to our very own, Pakistani heartthrob Fawad Khan.

You have to See it To Believe It – Behold the Fawad Khan Lookalike Character! The app’s Facebook page uploaded an image of the character but later deleted it leaving gamers wondering about the similarity to the Humsafar hero.

Neither Imangi Studios who are the game developers nor Fawad Khan himself has yet confirmed about being a part of the new ‘Temple Run 2’ update, but it surely does look like Khan to social media users across the sub-continent!

Looks like they captured Fawad’s ‘Hooked eyebrow look’ perfectly too! The picture created a frenzy on twitter and Facebook, more over the official Temple Run media handles deleting the pictures made everyone curious about the entire authenticity of the images.

Check out how Twitterati reacted to Fawad Khan in the new avatar!

Looks like a hindu version of #FawadKhan in Temple Run https://t.co/aNzyPnp83I

Fawad Khan has made it to the gaming world. He should be getting paid for this #templerun #FawadKhan pic.twitter.com/7g83nsk9Jv

Fawad Khan has made it to the gaming world . He should be getting paid for this hahahaha #templerun #FawadKhan

How did you like the dapper Fawad Khan in a rugged look for Temple Run 2? Let us know in your comments below!