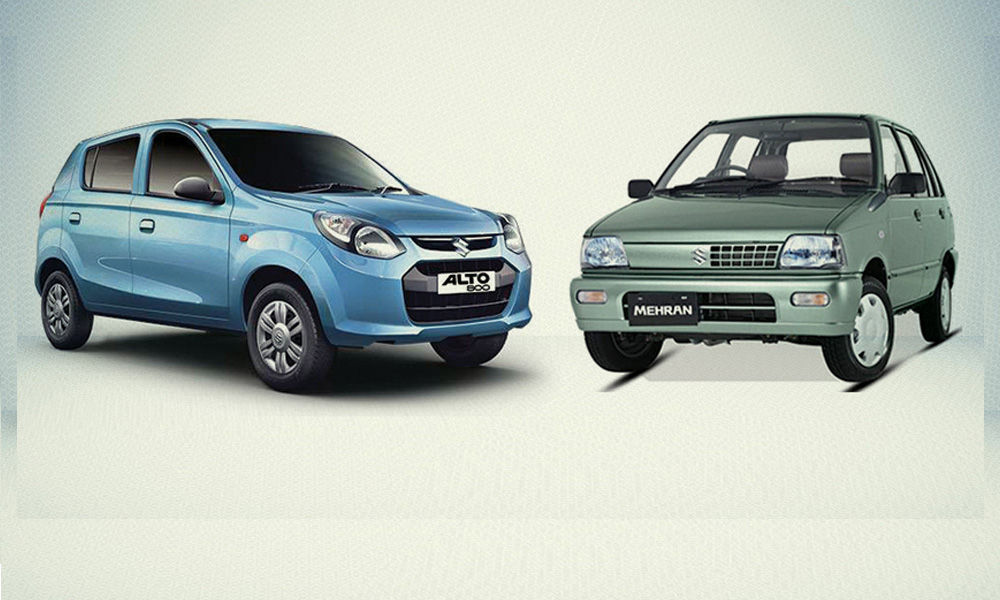 Update: Pak Suzuki is all set to introduce the new 660cc version of the Suzuki Alto, most importantly, the vehicle is being dubbed as ‘Assembled in Pakistan’ a huge achievement in the country’s automotive sector.

That’s not all, the Japanese auto-giant is also looking forward top replace Suzuki Mehran with the new 660cc Alto, in the near future. This decision came after the company was urged by Senate Standing Committee on Industries and Production, to provide a vehicle that would fit the safety features considered standard across the globe.

Pak Suzuki also has plans to introduce the imported Celerio 1,000cc, Suzuki Grand Vitara SUV and 1,300cc Sedan Ciaz by next year, according to a report in Dawn. The company may assemble these vehicles in Pakistan in the near future as it has told the State delegations it plans to invest Rs. 15 billion in production plants for its local industries.

Audi A3 2016 Facelft Unveiled in Pakistan

Ministry of Planning, Development and Reforms released exclusive images of Minister Ahsan Iqbal checking out what seemed to be the new 8th generation, Suzuki Alto.

The tweet received many speculations and criticism, but after being retweeted by Pak Suzuki, the buzz was finally confirmed. Either Suzuki Motors is taking a lot of time in making their new investment, or the company is giving more thought into how to use Alto to replace the ‘King of the Roads’, Sukuzi Mehran. Before the images were unveiled, it was being speculated that Suzuki will bring a replacement for Mehran which will be a 7th generation car. However, the features and specifications of the Alto reveal that it is an 8th generation ride.

According to rumors, the new Suzuki Alto will have a 660cc engine which will be mated inside of the manual gearbox. In one of the revealed images, the car seems to be in a 3rd-gear lever. If the rumors turn out to be true and the Alto is really replacing Mehran, then we can expect to see it soon on the roads towards the end of 2016 or beginning of 2017.

Viewing the pictures, another point comes to mind that the Pak Suzuki Alto looks very similar to Sukuzi Japan’s Alto. The only difference between the two ‘cousins’ is that the Pakistan’s model lacks ‘unnecessary equipment’.

This is mainly because of the high taxes being applied on vehicles, thus, automakers decide to get rid of extra features, sometimes even compromising on the safety and security of the drivers and the passengers. Another reason is the monopoly of the Japanese automakers operating in Pakistan.

As of now, the 8th gen. Suzuki Alto is currently available in Pakistan, but as used imported cars with a price-tag of Rs.1,000,000 whereas Suzuki Mehran’s starting price is Rs.650,000.

If looked at it from another point, Pak Suzuki’s can save Rs.300,000 if the cars are Japanese imports, meaning they save 30% of investments in each car. This also means that the Alto and Mehran can be available in the markets at roughly the same price while ensuring the company earns decent profits.

Looking at the situation from the government’s perspective and keeping the new Pakistan Auto Development Policy in mind, car manufacturers must make sure all models have installed immobilizers.

If Pak Suzuki does decide to use Japanese imported Alto to replace Suzuki Mehran, the company needs to get rid of the ABS. If done, the price will range around the same slot as Wagon R and Mehran. Pak Suzuki expressed discontinuation of Mehran and used it as an excuse for poor implementation of the policy.

It means that Mehran will soon receive a successor!