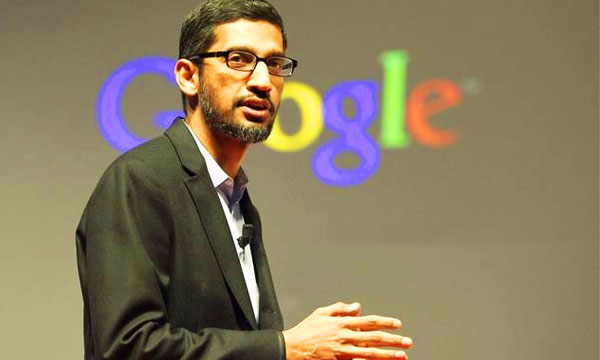 Google has introduced a new CEO – Sundar Pichai, who is the guy who that will be running the show for Google from now on. Sundar Pichai has already made quite a headway at Google and will now be serving as the company’s CEO.

Larry Page mentioned a massive restructuring in the Company, according to which the founders of Google are establishing a new company Alphabet.

Google along with other ventures will operate under Alphabet which will distinguish Google’s traditional products from other ventures that have been criticized for distracting the company from its core business.

Larry Page and Sergey Brin, the original founders of the Company, will head  Alphabet meanwhile Google, Google X, Calico, Fiber, Nest and Google Capital will operate as subsidiaries with their own individual CEOs while Sundar Pichai will be leading Google and search, ads, maps, apps, Android, Chrome, and YouTube will be his domain.

Third-in-line as Google’s CEO, Pichai is well versed in the culture of the company.

Pichai has been a good team player. He “avoided making enemies” and “navigated politics to make his team successful” in the company acclaimed another Google employee in his post published on Quora a while back. His authority became prominent when he came into view as head of Android.

He started working at Google back in 2004 and was given the responsibility of managing Google’s browser search toolbar.

Later, he took charge of Google Chrome and saw it becoming the most appraised internet browser. In 2013, he was given supervision of Google’s apps and became the Senior Vice-president of the company after which in 2014 he was also given the responsibility of company’s leading Android mobile OS.

Page announcing this big change stated, “Sergey and I have been super excited about his progress and dedication to the company.” He further added: “And it is clear to us and our board that it is time for Sundar to be CEO of Google. I feel very fortunate to have someone as talented as he is to run the slightly slimmed down Google and this frees up time for me to continue to scale our aspirations.”

An Indian face now becoming the face of Google means a lot and while Google’s founders “focus on the extraordinary opportunities”, many eyes are set on Sundar Pichai as he handles the cash cow of the company.