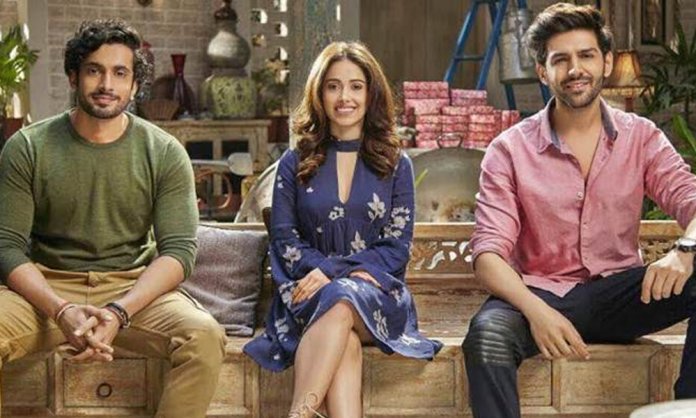 Every now and then comes a film that strengthens your belief in low budget productions and in 2018, the feat is achieved by none other than Sonu Ke Titu Ki Sweety.

The film could easily have been titled Shaadi Ka Punchnama or Pyaar Ka Punchnama 3 but the producers went for a tongue twisting name to come up with a laugh out riot that keeps you on the edge of your seat.

The film has all the ingredients to become the biggest hit from the women-hating Luv Ranjan and we narrow it down to the 5 reasons to watch the film and be entertained.

Believe it or not, but this film is a must-watch for the fans of Alok Nath aka babuji playing sanskari roles. In fact, before this film, he had only done roles that were on the right side, that did no wrong and were always the voice of sanity even in the worst case scenarios.

However, here as Ghasitaram, he changes the gear and does everything that Alok Nath stood for. He could be seen swearing at will, drinking at large and smoking like never before and all that adds to his character as the patriarch of the house.

He is scared of his wife but is always banking on his friends Lalu (Virendra Saxena) as well as Sonu to save him from the Wrath of the Missus.

Kartik does an excellent job as Sonu because not only is he right all the time, he loves Titu like a brother. He spends all the time in Titu’s house since he has been sort of adopted by his family after his mom’s death at 13 and that’s the reason why he calls Titu’s mother what he calls her – Mommy.

For the first time in the Luv Ranjan series of films, he comes out as a ‘protector’ since he has all the time in the world for his friend due to the absence of a girlfriend.

There is no one-take scene where he blows the steam off his mind but reminds you of your friends who always gave you the best advice out of love rather than make fun of you or take you for a ride. In short, Kartik aces the role and gives you friendship goals as to how to save your friend when he is on the wrong track!

He was there in Pyaar Ka Punchnama 2 as the friend who loved his girlfriend but her parents loved him back as a son or in easy words, brother of their daughter. Sunny Singh returns to the series as the boy who has the worst luck when it comes to girls. Had there been no Sonu in his life he might not have been alive because either he may have died of crying or heartbreak.

He becomes the bone of contention in this Bromance versus Romance war as Sonu wants him to call off the wedding while Sweety wants him to kick out Sonu out of their lives. His expressions are priceless be it in love, suffering from heart break or eating chicken!

Sweety is both the protagonist and antagonist of the film, depending on your point of view. The females would relate to her since she is in the right (in her mind) as her husband to-be lives with a friend who is not the brother but like a brother.

She wants the best for him and that’s why she gets close to her in-laws to be. From the viewpoint of male viewers, she is the perfect bitch as she doesn’t have any respect for friends and wants to control Titu so that he can listen only to her and not Titu.

His first name may be Luv but the director deliberately shows woman as the bad people in his films; he doesn’t change the track even here where he shows that Sweety is anything but Sweet. There is also the curious case of the background score where the trumpet makes its appearance at the interval and stays with the audience till the very end.

Luv and the trumpet makes for an outstanding partnership here as the director keeps you on the edge of your seat while the background score makes you wonder what will happen next. He must be credited for the film’s outstanding success and for being too close to reality, just like his other cult classics.