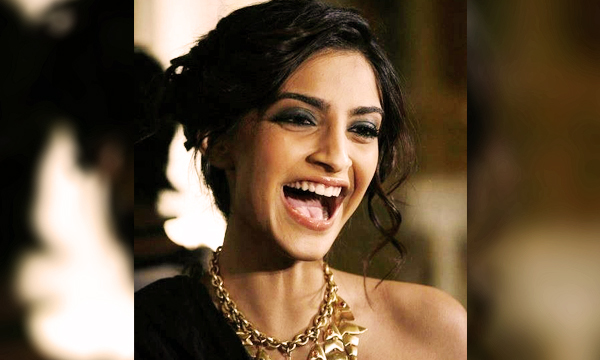 From Kangana Ranaut to Mahesh Bhatt, Priyanka Chopra to Anupam Kher, there are many Bollywood celebrities who have spoken about the ‘Ban on Pakistani artists in Bollywood’ controversy. However, Sonam Kapoor, who has always been very vocal and blunt about her opinions, remained silent on the issue and refrained from voicing her opinions when a reporter questioned her, at the MAMI Film Festival recently.

The reporter asked, “There has been a law passed which says that every Bollywood actor who works with Pakistani actors will have to pay Rs 5 crore”. The gorgeous Neerja starlet lost her cool immediately and said, “Is that a law? Are you sure? Because I think you have got the wrong information and I will answer this question of yours only when you get the right information.”

What a perfect way to slam the nosy reporter who was ill informed. Way to go Sonam! Sonam was last seen in the massive hit Neerja and will next be seen in the romantic chick flick ‘Veree Di Wedding’ also starring Kareena Kapoor Khan in the lead role.

The movie will go on floors in January 2017, reports Bollywoodlife.com. At the ongoing Jio MAMI Film Festival 2016, Kareena Kapoor was also asked about the ban and she gave quite a dubious but politically correct answer. She stated that a film festival is all about movie celebrations and it will not be appropriate to talk about controversies.