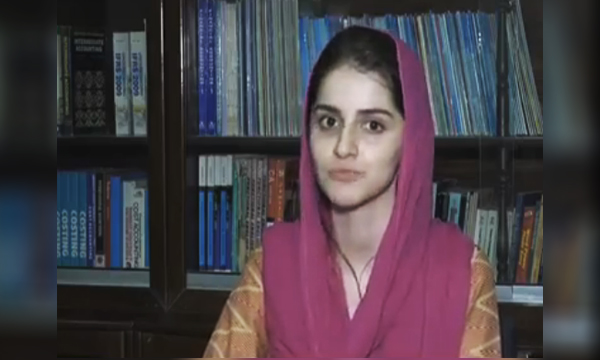 Competing against students from 180 nations all around the globe, the Pakistani prodigy hailing from Peshawar is the only student to achieve 100 marks in the exam. The online examination is done by a Uk based university.

Sidra who is currently studying at the Peshawar campus of Professionals Academy of Commerce (PAC), said that doing ACCA is not everyone’s cup of tea, as it requires tremendous hard work and sharpness of mind. Dubbed as possibly one of the hardest courses undertaken, Sidra came out on top securing 100 marks, making her the only students to get the coveted first position.

“Frankly speaking, I had worked hard but was not that confident that I would score a hundred percent because my competition was with thousands of others from 180 countries. It was a computer based paper that I attempted in the presence of British Council invigilators.”

However, Sidra believes that a little encouragement and support is all our youth needs to prosper in any given field.

“I strongly believe our talented youth,can do wonders once they get proper platform and encouragement from parents,” she said in an interview given to Dawn.

Owais Bilal, the current head of PAC said that Sidra would be provided with any support that she required from the academic administration.

For Sidra, this was an opportunity not to showcase her academy but also Pakistan on a global arena where students from countries such as Bangladesh, Sri Lanka, and India also participated

“I was lucky enough to have beaten them all and bought laurels to Pakistan, Khyber Pakhtunkhwa and my institute.”

“I suggest that young girls and boys should avail such programs without any hesitation, as it needs hard work and self-confidence,” she added.

So proud of our star, Sidra Khan!