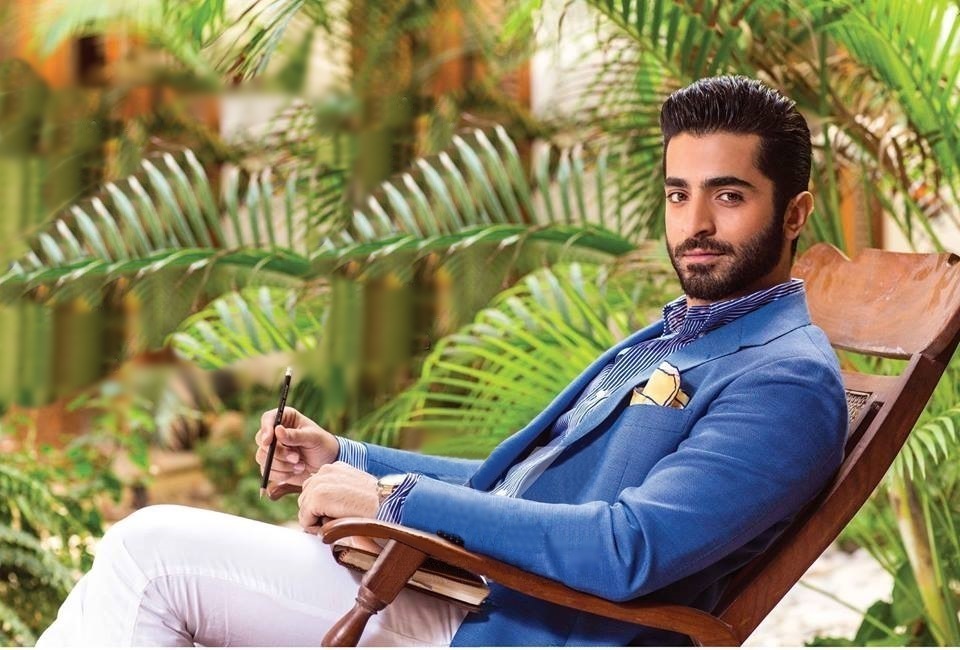 Pakistani actor Sheheryar Munawar is quickly making his way into the hearts of Pakistani television lovers all over the country, having shot to fame from his very first appearance on TV in 2012. If there was a face for natural born talent, his would definitely be it. There’s always more to find out about our favorite Pakistani actors, so go on and read to satisfy your burning curiosity!

Yet another talented model turned actor, Sheheryar Munawar is rapidly and steadily rising among the ranks of notable Pakistani stars and well on his way to the top. He was born on 9th August, 1988, in the city of Karachi. He went on to complete his education in the city of his birth, having done his A-levels from Southshore School, and a Bachelors Degree in Finance from the Institute of Business Administration.

The dashingly handsome actor has three siblings – two brothers and one sister. Tragically, one of his brothers – Asfandyar – passed away in 2012 as a result of a car crash.

As mentioned, Sheheryar initially started off by modelling, but soon turned to television. He made his television debut in Meray Dard Ko Jo Zuban Miley, playing the role of a boy who cannot hear or speak. It was a challenging role from the get go, and since then he has shown vast improvement in his skills as an actor. However, from the very beginning, he captured the hearts of viewers and made it hard to forget his name.

Sheheryar’s career still has a long way to go before he can boast an impressive resume of film and television, but he has already managed to impress with strong performances in his drama serials. Other than his debut drama, Meray Dard Ko Jo Zuban Miley, Sheheryar has also starred in Tanhaiyan Naye Silsilay, Kahi Un Kahi, Zindagi Gulzar hai, and Aasmanon Pay Likha.

He was also the proud winner of a Hum Award for his role in Meray Dard Ko Jo Zuban Miley – the award for Best New Sensation Television.

Other than his very successful foray into drama, he has been keeping busy by doing commercials for a variety of brands, such as Coke, Q-Mobile, and Mobilink. Given his rapid success, it is no surprise that Sheheryar has dipped his toe into filmmaking as well. Kambakht is another movie added to his ever-growing resume, the release date of which is yet to be determined.

Let’s check out details of his appearances in television and film:

Currently, Sheheryar is busy hyping up his upcoming movie Ho Mann Jahann, which boasts a star-studded featuring and supporting cast. As for Kambakht, the project is still in the works, and it’ll be interesting to see Sheheryar working closely with the much-adored Hamza Ali Abbasi.

He continues to model here and there, appearing most recently on the runway for Umar Sayeed Couture’s ‘Elysian’ Collection at FPW 2015. He was also recently appointed Brand Ambassador for Huawei Honor 4C smartphone.