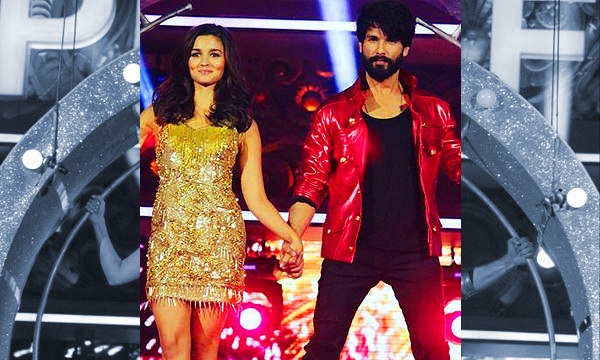 The Shaandaar duo, Shahid Kapoor and Alia Bhatt were seen getting into the groove and making some moves at the grand finale of dance reality show “Jhalak Dikhhla Jaa Reloaded”. The audience was thrilled at the fun-fare on the sets when Alia and Shahid took it to the floor.

Alia Bhatt was present for the grand finale of the show, cheering and motivating the contestants at ‘Jhalak’. Shahid, also the judge of the show along with Lauren Gottlieb, Ganesh Hegde and Malaika Arora Khan, was excited to have his co-star on the sets.

Their upcoming movie Shaandaar promises to live up to the hype and hoopla as the trailer shows the perfect combination of Bollywood masala.

The grand finale episode is set to be on aired on October 10.