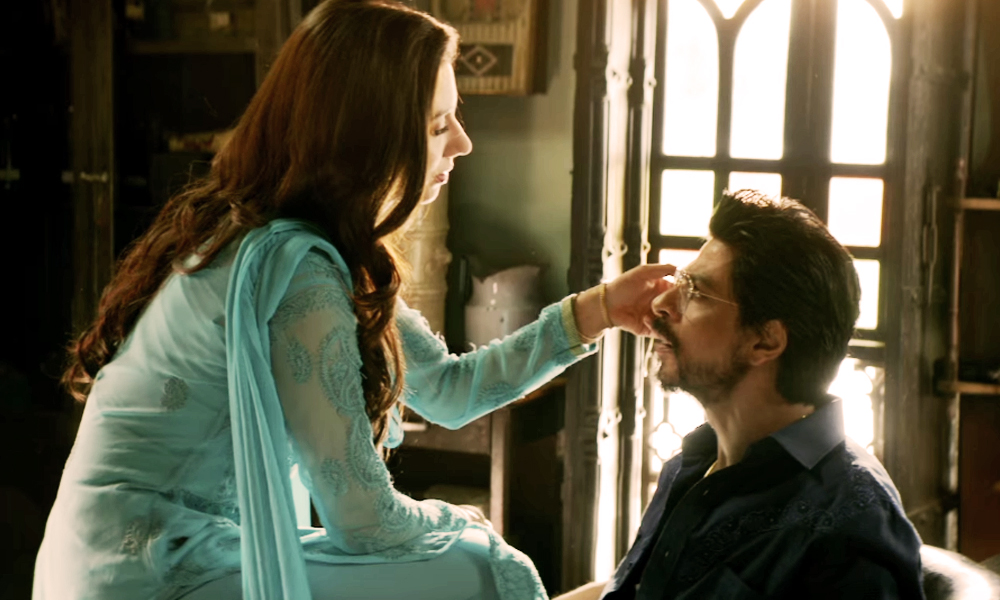 Social media was abuzz with news about two romantic songs from Raees being dropped. However, reports about Mahira and SRK’s romantic song being shot in Dubai or Morocco are now surfacing and fans are more than delighted!

The leading lady of Raees, Pakistani starlet Mahira Khan has taken a stand for herself and we couldn’t be more proud. She told a leading Indian daily, Mid-Day that she does not want her film to suffer the same fate as Fawad Khan’s Ae Dil Hai Mushkil.

According to an Indian website, “Pritam has composed a couple of songs for the film out of which one is definitely going to be included in Raees. The song could be shot in Morocco or Dubai as Shah Rukh’s schedule already includes a visit to these places.”

After ensuring the MNS Chief Raj Thackeray that he won’t work with any Pakistani artist anymore, SRK may get into a lot of trouble if he has decided to shoot songs with Mahira.

However, the makers of Raees have not been left with any option as Mahira has demanded she does not want too many cuts!

Mahira Khan to Return to India for Raees Promotions?

Mahira has demanded that she wants all her scenes intact in the movie or no scenes at all.

An insider further revealed, “She wanted either a well-fleshed out role like the story originally had, or nothing at all. She wasn’t okay with a superfluous part like Fawad’s in ADHM. Though the makers tried to reason with her, they eventually conceded that she doesn’t deserve a raw deal. It was a deliberate move to feature her prominently in the trailer too.”

The much-anticipated trailer for Bollywood movie, Raees definitely set our hearts racing for more! Mahira looks totally stunning and we loved every bit!

Here is the promo for Raees

Raees is all set to be released on January 26th 2017 and will face a tough competition with Hrithik Roshan’s Kaabil. Directed by Rahul Dholakia, the crime-thriller flick also features Nawazuddin Siddiqui and Mohammed Zeeshan Ayyub in major roles. We can’t wait for the song to be shot and unveiled.