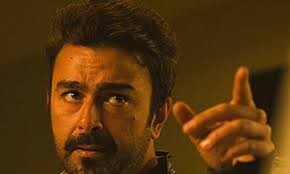 Shaan gives Saif Ali Khan a wakeup call after his upsetting remarks on Pakistan. One of the most celebrated actor from Pakistan fim industry Shaan went all ballistic on Saif Ali Khan, contending: “Faithless saif needs to find life beyond Pakistan!”

Earlier today he published a post on Facebok where he gave Saif a tongue-lashing. Shaan was not the only one to react aggressively to Saif’s comments, but other Pakistani actors are also coming down like a ton of bricks on Bollywood star lately. Before Shaan, Hamza Ali Abbasi also hit back at Saif Ali Khan, calling him “hateful actor” following his whines.

Saif Ali Khan’s disruptive comments, after his film “Phantom” got banned in Pakistan became the moot point of the squabble. His comments caused severe agitation among Pakistanis who reacted strongly over the social media.

#SaifAliKhan you should keep your mouth shut about #Pakistan. Just learn some manners and decency.

To sarcastic letters on social media. Offended Pakistanis are roused up to action over social media.

#SaifAliKhan you should keep your mouth shut about #Pakistan. Just learn some manners and decency.

Dear #Saifalikhan we too have no faith in #India http://t.co/DGGGswv38R