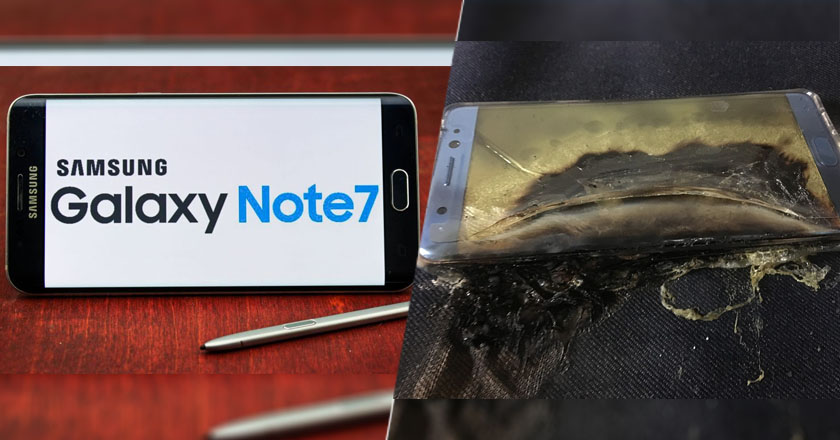 Samsung Galaxy Note 7 was one of the most awaited for sets, that is until it started to catch fire and explode. In order to get ahead of the game and give Apple’s iPhone 7 a tough time. For now, Samsung has found a temporary solution of restricting the battery to just 60%.

Unfortunately for the South Korean manufacturer, the batteries turned out to be faulty, thus the company has halted all global shipments, has called back all the sets which have been sold, and have replaced them with new ones, with a new battery. The new shipment will first be handed out in South Korea, this will be carried out from 20th September. So far, China seems to be the only country where this problem has not yet been raised. The tech giant is using a software update to restrict the battery levels to 60% so that the battery does not get over-charged.

The new shipments will be accompanied by a unique mark so that everyone can either replace it with a Galaxy S7 or S7 Edge or purchase a new set. It will have two identities, a small black box under the barcode on the sticker and an ‘S’ labeled to mark it “Safe”.

Samsung Galaxy Note 7 Banned By Airlines Including Emirates and PIA

Until the new shipments arrive in the market, it is strongly advised you switch off your Samsung Galaxy Note 7 and do not use it or charge it at all.