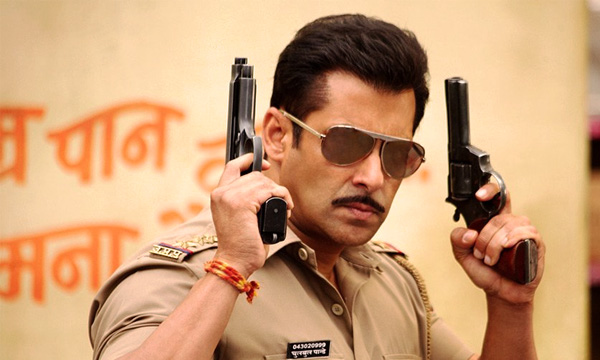 Our Bollywood tiger, Salman khan has set a new trend of releasing his movies on Eid. This time he has already booked Dabangg 3 for Eid 2017. Excited much?

According to the sources, Salman khan has already booked his place in the cinemas for Eid 2017 for one of his franchise films. Brother Arbaaz khan, the talented actor, producer and director will start working on Dabangg 3 starring our very own Chulbul Panday- Salman Khan.

Read more: Salman Khan’s Bajrangi Bhaijaan to Release in Pakistan or Not?

It is reported that Salman will start working on Dabangg 3 soon after he is done with Ali Abbas Zafar’s Sultan- starring Salman Khan and Parineeti Chopra. Sultan has already booked its place for Eid 2016 in a head –to-head competition with Raees starring SRK and Pakistani actress Mahira Khan. It is reported that Sultan and Raees are all set to break the box-office record on the day of  the biggest festival of Muslims.

Eid festival will now be more special for Salman with his three consecutive films releasing 2015, 2016 and 2017.  Fans will be seen waiting in the long ques outside cinemas to watch heartthrob; Salman khan on the big screen.

With Dabangg 3, Arbaaz Khan is locked and loaded to present Salman Khan in a new avatar. Though Chulbul Panday will still be playing the role of a cop, the premises will be totally different this time. Dabangg3 will be the second film of Arbaaz Khan as a director. The official announcement for the movie will be made soon.